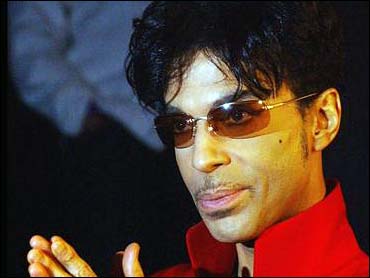 Prince is once again stirring up some controversy. The Rock and Roll Hall of Famer is generating debate with a new music video depicting an Arab-American teenage girl imagining herself as a suicide bomber.

The "Cinnamon Girl" video — created mostly in the Twin Cities and released to music television channels this week — has been criticized on Fox News and CNN.

"Prince intended for it to spark some dialogue," said the video's director, Phil Harder, of Minneapolis-based Harder-Fuller Films.

The clip features Keisha Castle-Hughes, 14, the Oscar-nominated actress from the movie "Whale Rider." She plays a schoolgirl who witnesses a terrorist attack and then experiences racism from classmates and others. The racism pushes her to dream about carrying a bomb into an airport.

"Cinnamon Girl of mixed heritage, never knew the meaning of color lines," Prince sings. "9/11 turned that all around, when she got accused of this crime."

Prince will not comment on the clip because he prefers that people make up their own mind, his publicist said.

Representatives for MTV, VH1 and BET channels said their programmers were aware of the clip's content. MTV plans to begin airing it next week on MTVU, its universities-only channel, to gauge the reaction of viewers. VH1 and BET are undecided.

Rana Abbas, deputy director of the Midwest chapter of the American Arab Anti-Discrimination Committee in Dearborn, Mich., voiced her support after seeing the video Thursday.

"It was shocking, but in a good way," Abbas said. "Prince is the first major recording artist to address the prejudice and issues that (Arab-Americans) are facing after 9/11, and I think he has done it in a very powerful way."

The New York Post said it "might be the most tasteless video ever." Fox News commentator John Gibson suggested that Prince is "causing trouble," and CNN anchor Kyra Phillips said it is "shaking and rumbling the entertainment industry."

Rolling Stone magazine music editor Joe Levy said the video should be put in context, and the song says that Arab-Americans were victims of hate after Sept. 11, 2001.

Harder said the lyrics show Prince is "sincere in wanting to speak to the times." He also emphasized that the video "resolves itself peacefully."

Meret Oppenheim: An artist beyond categorization