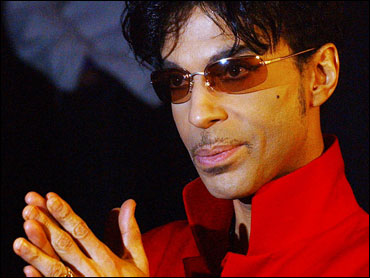 Prince, who has put out most of his music on his own record label over the past decade, is aligning himself with a major label once again. The 47-year-old superstar has signed a deal with Universal Records to release his upcoming album, "3121," early next year. A press conference was scheduled Tuesday in Los Angeles.

Prince had a similar deal with Columbia Records in 2003; that label distributed his acclaimed comeback album, "Musicology," for NPG Records, Prince's label.

Also Tuesday, VH1 and its affiliated networks, including Tempo and VH1 Soul, are scheduled to premiere the singer's new video, "Te Amo Corazon (I Love You Sweetheart)," directed by Salma Hayek.

"Salma heard the song and came up with the original concept," Prince said of the actress in a statement. "Salma is the most thoughtful, attentive director I have ever worked with. An absolute joy."

VH1 will also make the song available on its Vspot broadband channel and VH1 Mobile.