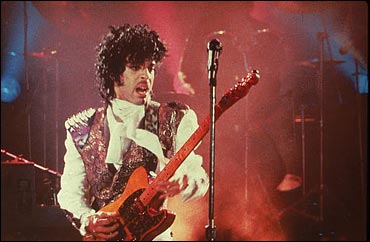 Maybe he was just sentimental.

Months before his death, music icon Prince quietly snatched up the house that served as a home base for his "Purple Rain" character in the 1984 film, Minnesota's Star Tribune reported Wednesday.

The house, a white three-bedroom single-family building at 3420 Snelling Av. in Minneapolis' Longfellow neighborhood, was sold sight unseen for $117,000 cash last August, though the asking price as just $110,000.

Despite the purchase, Prince -- who died eight months later and who never began repairs needed -- never lived in the house. It's unclear if he even stepped foot in it after purchasing it.

"I don't think he had a plan. I think he just wanted it," the selling agent, Deborah Larson, said, adding that the whole transaction was handled by phone and took barely a few hours to complete. It wasn't until paperwork with the name NPG Music Publishing came through that she realized Prince was involved.

The home is now part of the estate -- estimated to be valued at more than $250 million -- being overseen by the Bremer Trust bank.