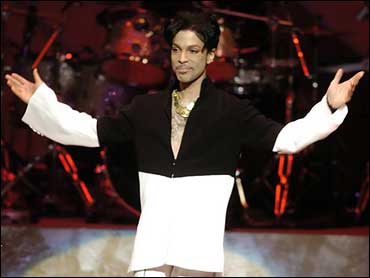 A strict vegan, Prince, 47, wrote in the liner notes of his 1999 album, "Rave Un2 the Joy Fantastic," about the ills behind wool production. He closed the disc with a quote from Mohandas Gandhi: "2 my mind, the life of a lamb is no less precious than that of a human being."

He shares the honor with Kristen Bell, the 25-year-old star of "Veronica Mars," which is being carried over from UPN to the new CW network this fall.

Bell, in a statement, said of her vegetarianism: "I had a hard time disassociating the animals I cuddled with — dogs and cats, for example — from the animals on my plate, and I never really cared for the taste of meat. I always loved my brussels sprouts!"

Runners-up in the poll, which PETA said Monday received more than 40,000 votes, include Natalie Portman, Nicollette Sheridan and Joaquin Phoenix.