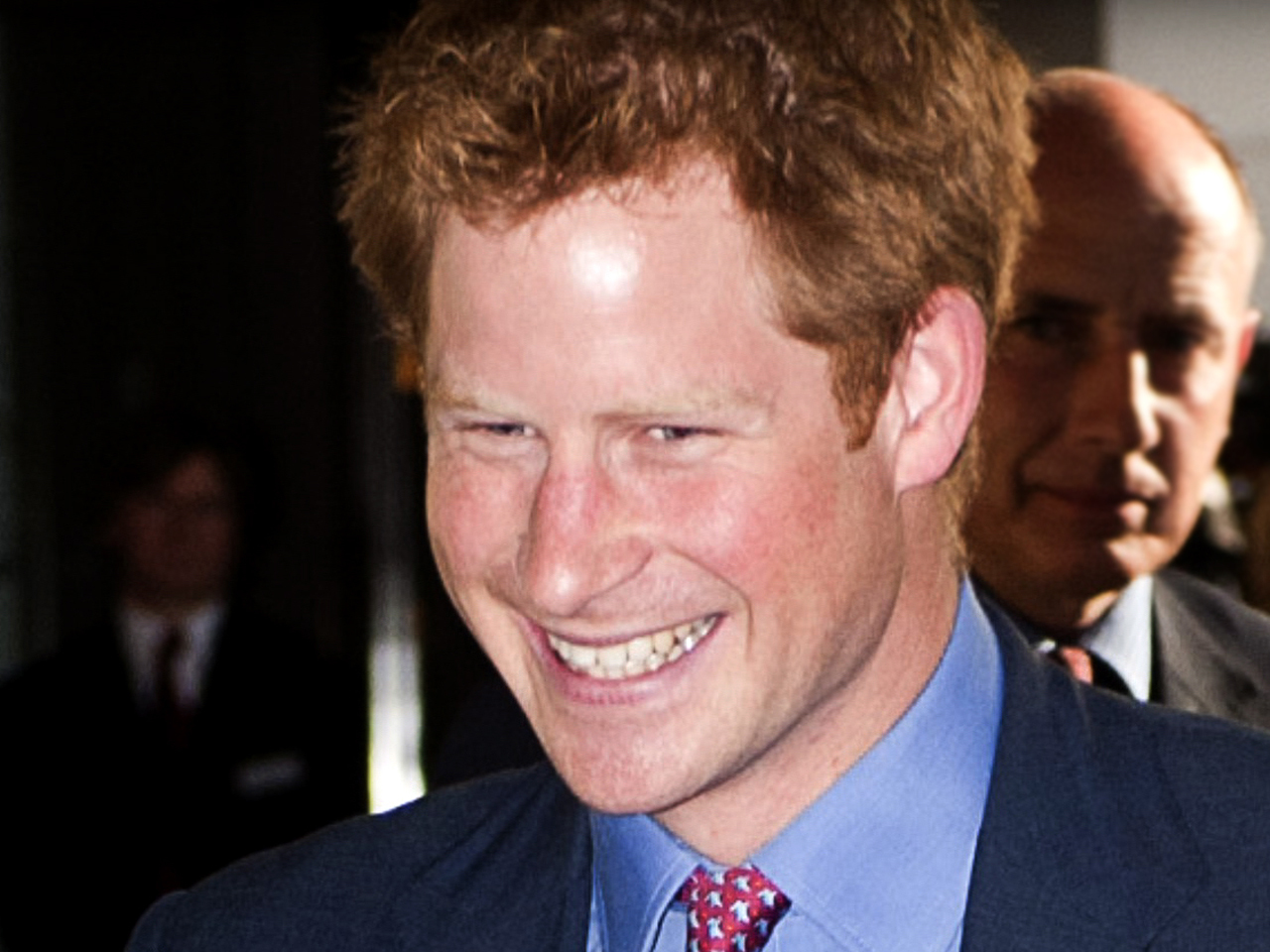 (CBS News) Britain's Prince Harry, fresh from his excellent Las Vegas adventure made an appearance at a childrens' charity, in London - with his clothes on.

It was always going to be tricky.

How does the remaining, eligible, royal-hunk prince deal with the fact that he's been caught with his pants down - and in the undignified surroundings of a Las Vegas hotel suite?

(His picture - taken during a heathy game of strip pool - had gone viral and been seen around the world. Apparently he's not a very good pool player.)

The answer - make a joke of it. And if nobody laughs ... help them. Sooner or later, they'll get it.

And at the WellChild Awards, a ceremony that honors seriously ill children, Harry, who serves as the group's Patron, did just that.

"It is difficult to imagine a finer, more inspirational group of people," he began.

But then, the prince - or the prince's speech writers - thought the best way to deal with the beast was to confront it. Everyone knew what Harry meant when he finished his sentence.

The audience laughed, and that was that.

Except for one kid.

Six-year-old Alex Logan, an award-winner at the ceremony, had told a British TV show he planned a special greeting for the prince. When asked what he would say to him, Logan was ready.

"Glad you got your clothes on, Prince Harry," he said.

For Mark Phillips full report, click on the video above