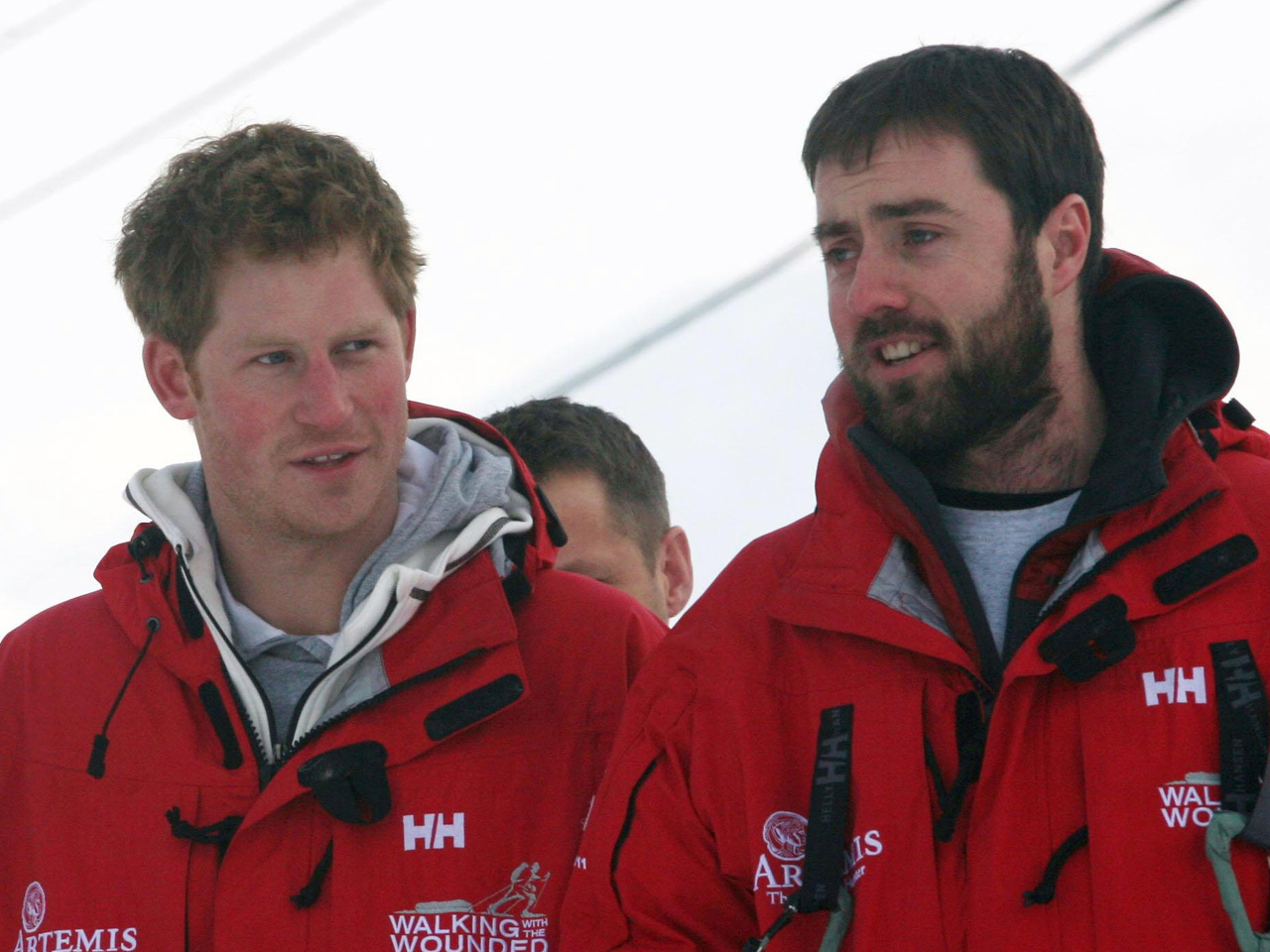 (CBS/AP) LONDON - On the heels of his brother's top-secret bachelor party, Prince Harry is headed for the frozen wasteland, taking part in the first section of charity hike to the North Pole.

The 26-year-old prince will join a team of wounded Afghan war veterans on a 200-mile trek aimed at raising money for a British veteran's charity.

Harry touched down Tuesday in Norway's Svalbard archipelago, far above the Arctic Circle north of the mainland. He said he was ready for the challenge - although perhaps not as ready as his colleagues.

"I haven't had as much time to train," he told Britain's Press Association news agency in Longyearbyen, Norway. "But today, to their huge amusement, they're going to see me on a pair of, whatever they're called, skis, this afternoon. So it should be entertaining for all of us."

St. James' Palace, where Harry shares an office with older brother Prince William, said the third in line to the British throne would train for three days before accompanying others on the first five days of their four-week expedition.

Harry is participating in his role as patron of the Walking With The Wounded charity, which hopes to use the trip to raise 2 million pounds ($3.2 million) to help injured military personnel find work and peace of mind.

The charity's co-founders, Simon Dalglish and Ed Parke, are taking part in the trip, as are four servicemen wounded in Afghanistan: Capt. Martin Hewitt, 30, whose right arm was paralyzed after being shot; Capt. Guy Disney, 29, whose right leg was amputated below the knee after he was hit by a rocket-propelled grenade; Pvt. Jaco Van Gass, 24, from South Africa, whose left arm was amputated and Sgt. Stephen Young, 28, whose back was broken when his vehicle was blown up by a makeshift bomb.

Leading the group was Norwegian polar guide Inge Solheim, who told Harry he would spend his first day of training hauling a 220-pound (100-kilogram) sled across seven and a half miles (12 kilometers) of snow and ice, according to the Press Association.

"It's going to be around minus 25 degrees Celsius (minus 13 degrees Fahrenheit) today, so it's quite mild and good, nothing like we're going to get in the polar ocean," Solheim said as Harry winced. "Hopefully, out there we'll get minus 35 Celsius to minus 40 Celsius with good stable high pressure."

Harry, who is training to be an Apache Helicopter pilot with the Army Air Corps, was scheduled to return to Britain on April 5 to continue his military work. His brother, whose bachelor party he hosted only last weekend, is due to be married at London's Westminster Abbey on April 29. Harry will be the best man.