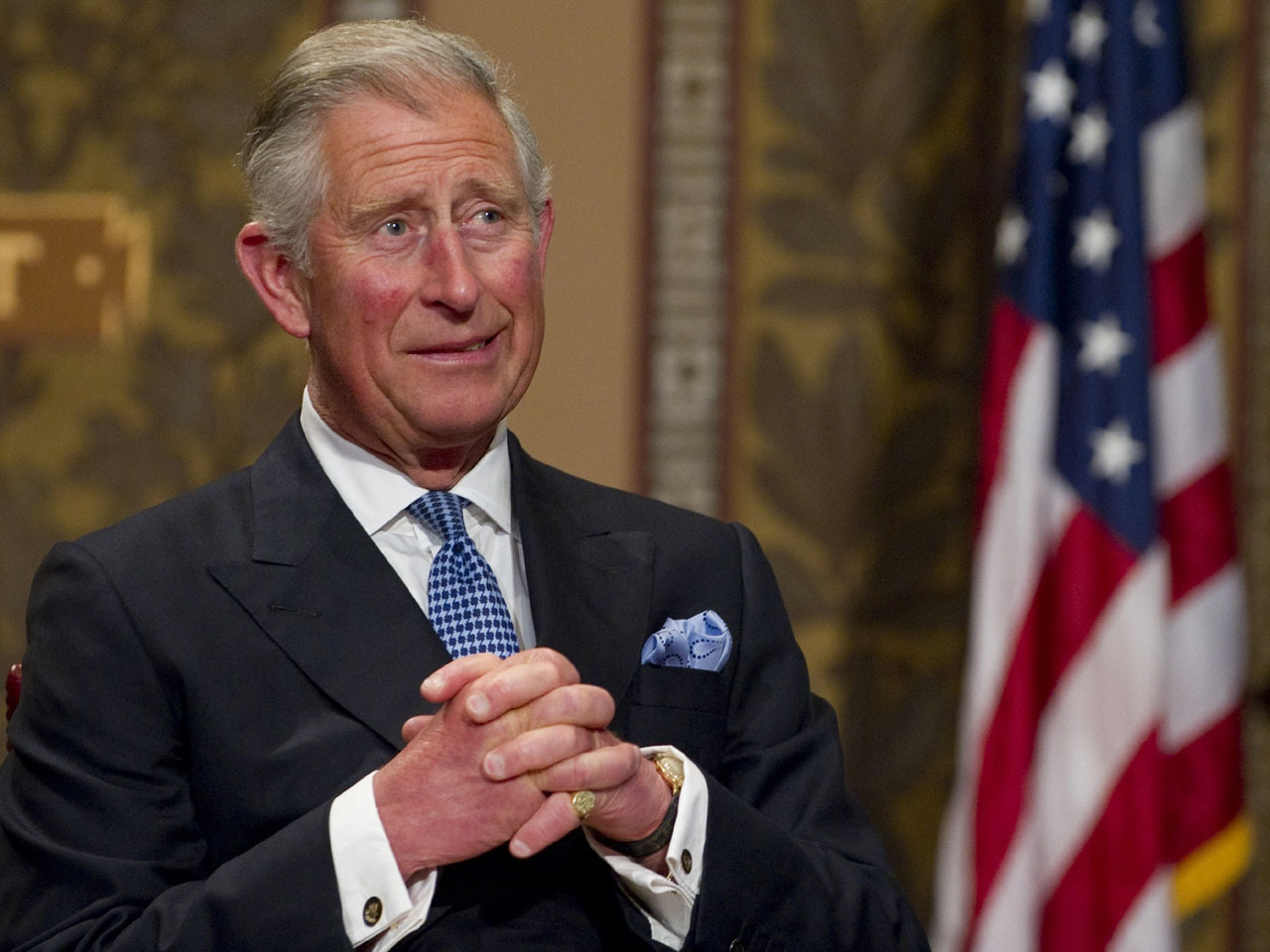 (CBS/AP) Prince Charles championed agricultural sustainability while speaking before a crowd at Georgetown University in Washington on Wednesday.

During his address about organic and sustainable farming, the heir to the British throne made only brief reference to the worldwide hubbub over his son Prince William's wedding to Kate Middleton last week.

He called his remarks a "change from making embarrassing speeches about my eldest son during wedding receptions and things like that."

In his speech, the Prince of Wales criticized government subsidies for large-scale agriculture and encouraged more government and business support for organic and environmentally friendly food production. The United States spends tens of billions of dollars a year on such subsidies.

Charles, who will meet with President Barack Obama later Wednesday, is in Washington for a three-day visit. His visit comes just four days after the widely televised and watched marriage of William and Middleton.

On Tuesday, Prince Charles visited the Supreme Court and toured the the Common Good City Farm, an urban farm in D.C. that grows produce for low-income residents.

At Georgetown, he shook hands with students who stood in the heavy rain. hoping to get a glimpse of him as he arrived.

He called rising hunger and obesity problems around the world an "increasingly insane picture" and proposed less use of chemical pesticides, artificial fertilizers and antibiotics. He criticized industrial pollution and global dependence on oil.

"The point, surely, is to achieve a situation where the production of healthier food is rewarded and becomes more affordable and that the earth's capital is not so eroded," Charles said.

"You cannot help but feel hopeful when such huge corporations like Wal-Mart back local sourcing of food and decide to stock their shelves with sustainable or organic produce," he said. "Industry is clearly listening."

Charles is a firm supporter of environmentalist causes, and runs an organic farm on his Highgrove estate in western England. He has a line of organic foods, DuchyOriginals, which donates profits to his charities.