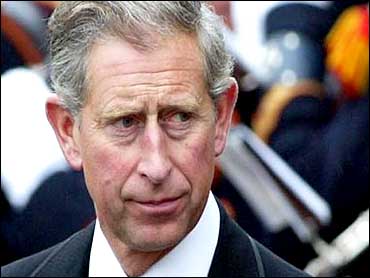 A meeting between the monarchy and multicultural Britain has ended in a mess.

For only the second time in more than 60 years, the annual tradition known as the Royal Film Performance has been canceled. Organizers said Tuesday that an Oct. 29 gala screening of the British film "Brick Lane," which was to have been attended by Prince Charles, has been scrapped.

"The date no longer fits in the royal diary," said Peter Hore, chief executive of the Cinema and Television Benevolent Fund, a performers' charity that organizes the event. "We very much regret there will be no Royal Film Performance 2007."

Prince Charles' Clarence House office said the date and title of the royal screening had never been officially announced. A spokesman said several proposals had been studied, but "we couldn't find the right film at the right date."

He said officials hoped to hold two royal screenings next year to make up for the cancellation.

Neither Hore nor Clarence House would comment on reports that "Brick Lane" was rejected because of fears the film could attract protests.

Adapted from Monica Ali's best-selling novel, "Brick Lane" tells the story of a Bangladeshi woman who moves to the eponymous East End street, a hub for successive waves of immigrants to Britain.

The book was praised by critics, but the movie drew protests from some local Bangladeshi businesspeople who claimed it portrayed their community in an unflattering light. The production was picketed during filming on Brick Lane last year.

Hore said "Brick Lane" had been the fund's firm choice for a royal screening. He said it been chosen for the royal gala because it was "a beautiful film, beautifully made."

Instead, "Brick Lane" will have its British premiere at the London Film Festival next month. Organizers on Monday announced the movie as a late addition to the schedule, with a screening Oct. 26.

The Royal Film Performance has been held annually since 1946 -- except for 1958 -- and is attended either by the monarch or the heir to the throne. Last year's featured film was the James Bond thriller "Casino Royale."
By JILL LAWLESS