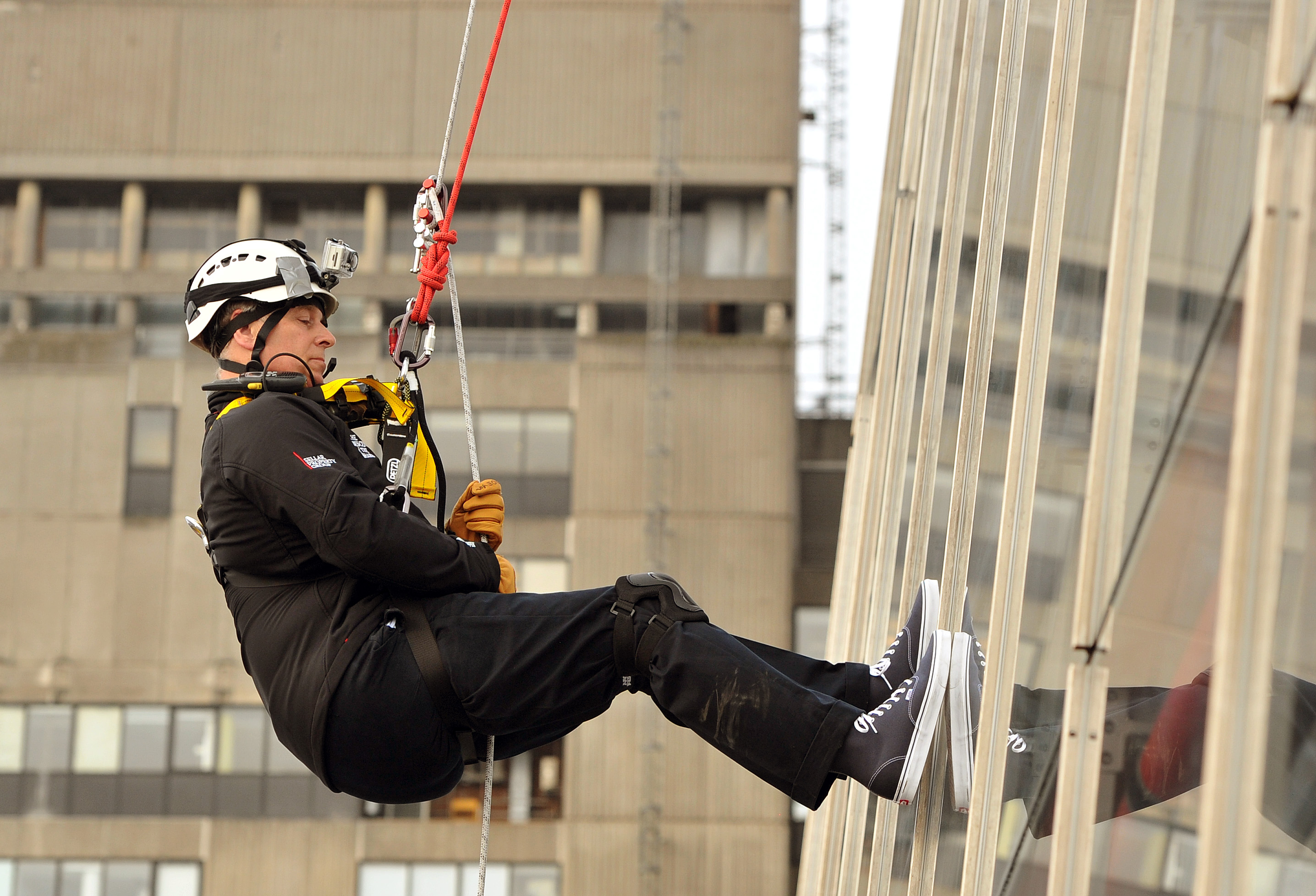 (CBS News) LONDON - Watch out, Tom Cruise. When it comes to climbing up and down the exterior walls of skyscrapers, you may have some competition from Britain's Prince Andrew, Duke of York.

According to published reports, the 30-minute daredevil stunt began when the prince, fourth in line to the British throne, climbed out from the 87th floor - just below the top of the 1,016-foot tower - and descended almost to the ground. A commander in the Royal Navy who saw active duty during the Falklands War, the prince reportedly trained for the challenge with the Royal Marines in Arbroath, Scotland.

The money raised will go to educational charity The Outward Bound and the Royal Marines Charitable Trust Fund. The prince, middle son and third child of Queen Elizabeth II and Prince Philip, is chairman of The Outward Bound.

The divorced father of two later told reporters the hardest part was stepping out from the 87th floor of the Shard.