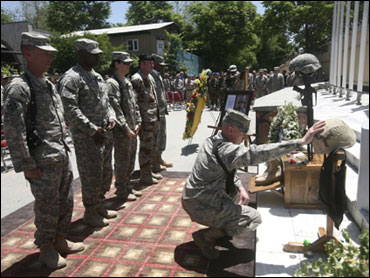 A U.S. advisory panel on Friday will debate whether Prilosec, one of the world's best-selling medicines, should be sold without a prescription for preventing frequent bouts of heartburn.

Prilosec would be the first in a class of drugs called proton pump inhibitors to move over the counter, if approved.

"There's nothing (over-the-counter) now that allows people to prevent heartburn before it happens on a daily basis," Allgood said in an interview.

Nonprescription Prilosec would compete with heartburn relievers known as histamine blockers. They include Pepcid, sold by Merck and Co. and Johnson & Johnson; Pfizer Inc.'s Zantac, and GlaxoSmithKline Plc's Tagamet.

A Food and Drug Administration advisory panel, a group of experts from outside the agency, is expected to vote on Friday on whether to recommend approval for over-the-counter Prilosec. The FDA usually follows its panels' advice.

In documents posted on the FDA's Web site on Thursday, FDA staff said they want input from the panel on the proper use for an over-the-counter version.

FDA medical reviewer Daiva Shetty said the agency wants discussion on the "risk-benefit assessment" of nonprescription Prilosec. The FDA is concerned about whether appropriate patients will take the drug and whether there is a risk that some might be masking more serious conditions that need a doctor's attention, the documents said.

Prescription Prilosec has brought billions of dollars to AstraZeneca, and the company still would be able to sell the drug by prescription for conditions other than frequent heartburn.

The company is fighting generic companies such as Andrx Corp. in court to stave off cheaper rivals while it tries to switch Prilosec users to a new pill called Nexium.

Allgood predicted a nonprescription form would have U.S. sales of $200 million to $400 million annually, and said Procter & Gamble expects to have exclusive rights for the over-the-counter version for three years.

"It would practically double their existing OTC business, and it would marry a strength of theirs, the branding capabilities that they have with their pharmaceutical" business, said Lehman Brothers analyst Ann Gillin Lefever.

Elliot Hahn, Andrx chairman and president, said there were serious questions about whether patients could take Prilosec properly without a doctor's advice. If it does move over the counter, "our belief is that it would not have a significant impact on Andrx's sales of generic Prilosec," he said.

In October 2000, an FDA advisory panel voted against nonprescription Prilosec, although members said they might support the idea with revised labeling to instruct patients how to use the drug properly.