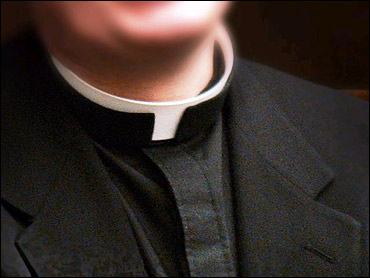 Marcelo De Jesumaria, 46, who previously served in the Roman Catholic Diocese of San Bernardino, will also serve six months of home confinement after his prison sentence.

He was convicted in May of abusive sexual contact.

De Jesumaria was on a U.S. Airways flight out of Philadelphia on Aug. 17, 2014, when he moved to the last row of the aircraft after asking a flight attendant if he could "sit next to his wife," according to court documents.

According to court papers, a female passenger, identified only as "BD," woke up to find the priest's hand on the top of her left leg near her groin, and then felt him wrap his arm around her body and grab her breast, keeping a tight grip on her for a period of time.

When his grip relaxed, she got up to bathroom and used the call button to report that De Jesumaria had been touching her inappropriately.

De Jesumaria, of Valyermo, Calif., was forced to move by flight staff, and the captain of the plane requested law enforcement to meet the plane after it landed.

FBI agents met De Jesumaria at the gate when the plane landed, and he was indicted in Los Angeles federal court last October. De Jesumaria admitted to the FBI agents that he enjoyed "cozy flights" with women.

De Jesumaria was removed from the ministry last November when the allegations against him surfaced.

De Jesumaria's attorney Steven Cron argued that the defendant did not deserve prison, saying he's in therapy and "doesn't need time in custody to recognize the seriousness of his actions."

"As a result of his actions ... Jesumaria has lost his career, his position of esteem in the community, and he will have to register as a sex offender for the rest of his life," Cron wrote in court records. "He acknowledged that his behavior was wrong."

Cron said his client repeatedly offered to plead guilty to a misdemeanor charge in the case, but prosecutors unfairly rejected him in favor of a felony conviction.