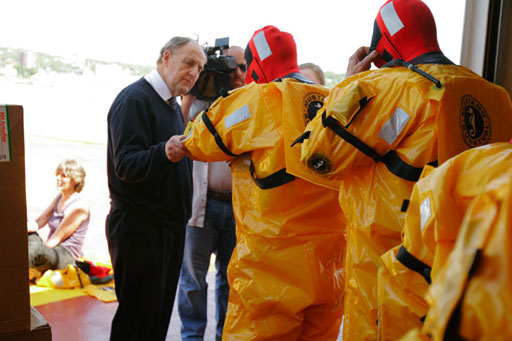 The Catholic Diocese of Austin is investigating after a priest called about 15 children to come forward during evening Mass so he could prick them with an unsterilized pin to demonstrate the pain Jesus suffered during crucifixion.

"What I was trying to teach them is that suffering is a part of life," said the Rev. Arthur Michalka, 78, on Friday.

No one reacted strongly during the incident at evening Mass at Holy Trinity Catholic Church in Corn Hill on Wednesday, said Helen Osman, communications director for the Austin diocese. Osman said that the priest pricked both adults and children.

"What were you thinking?" said Debbie Sybert, a Jarrell resident whose 11-year-old daughter, Amanda, was pricked during Mass. "Apparently our father has lost his mind."

Sybert said the pinpoint drew Amanda's blood. But Michalka said none of the children bled.

Regardless of whether blood was drawn, Osman said, pricking children with a needle is "not appropriate religious training."

Osman said workers at the Williamson County and Cities Health District will conduct confidential interviews with the Mass attendees to find out whether they have any communicable diseases and whether skin was broken.

Officials will then determine whether the children might be at risk for exposure to diseases such as HIV or hepatitis and whether a blood test is needed.

Dr. Ed Sherwood, health authority for the Williamson district, said the likelihood of transmitting blood-borne diseases by a pinprick is "real but quite small." He said the risk would increase if adults and children were pricked with the same pin because adults are more likely to be sexually active.

"As a parent, I would not be happy about it," Sherwood said. "But I would be consoled by the fact that statistically, the overwhelming probability is that these kids will be just fine."

Michalka said he plans to apologize in church this Sunday for not sterilizing the pin.

"I didn't think it was that big a deal," Michalka said. "I can see the point now. I'll see to it that it doesn't happen again."