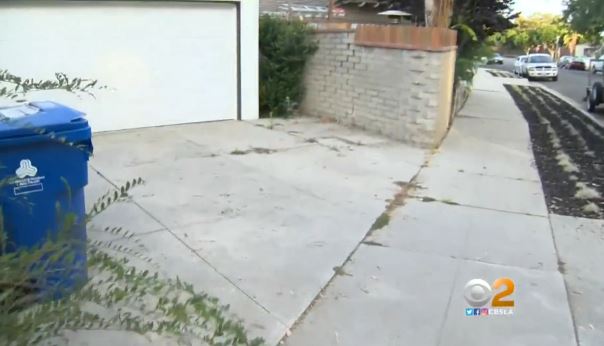 LOS ANGELES-- A priest is being credited helping to rescue a woman from a man police say attempted to rape her as she walked with her baby in a stroller.

In what some in the Westchester area of Los Angeles are calling "divine intervention," the priest happened to be walking by on his way to visit someone when he saw the woman pinned in the driveway, reports CBS Los Angeles.

He confronted the suspected attacker. Moments later, a woman drove up on the scene, and called 911.

The incident unfolded on McConnell Avenue.

As good Samaritans came to the woman's rescue, they say the man claimed the woman was his wife. That, however, appears to have been a lie as the incident was believed to be random, reports CBS Los Angeles.

The priest apparently got in the suspect's face and refused to leave until police showed up. Officers raced to the scene and arrested the man, which is a relief to some.

"I just thought it was pretty crazy that that would happen like so close to our house in broad daylight," Lorenzo said.

The man was being held on an attempted rape charge. The woman, believed to be 28 years old, was said to be recovering.