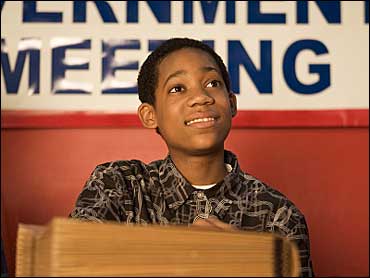 Priceline.com stock plunged 38 percent Thursday after the demise of Priceline WebHouse Club, it's licensee for name-your-own-price gasoline and groceries.

Priceline and WebHouse are separate companies, although both were founded by Jay Walker and both offer name-your-price services; in Priceline's case, for air travel, hotel rooms, rental cars and home mortgages.

Walker insisted the failure of WebHouse would not harm the Norwalk, Conn.-based Priceline's core operations, but analysts and investors were skeptical.

"They can claim that it is a separate company, they can say that people are going to be able to separate one from the other, but at some level this significantly impacts the Priceline brand," said Heath Terry, an analyst at Credit Suisse First Boston.

A second Priceline licensee, Perfect Yardsale Inc., which offered used merchandise through the Priceline Web site, also announced Thursday it was going out of business.

The demise of the two licensees shows that Priceline's Internet-based business model may not revolutionize retail pricing as once thought, said Ken Cassar, a senior retail analyst for the Internet research firm Jupiter Communications.

The system works for travel, Cassar said, because the amount of time customers spend ordering online is worth the savings on high-cost items such as airline tickets and hotel rooms. But for less expensive items, it's often too time consuming to justify, he said.

"They have to figure out what makes sense from a consumer standpoint and from a business standpoint," said Faye Landes, an analyst with Sanford C. Bernstein & Co.

Walker told CBS News Correspondent Anthony Mason he remains confident in his company, despite the big loss on Wall Street. "I believe fundamentally Priceline is going to be a great company."

Walker said WebHouse, which will shut down over the next three months, "ran out of capital, not out of customers."

"Groceries and gas didn't fail. We had 100,000 new customers every week. That's not a failure. What we couldn't do was raise more capital for a business that wasn't yet profitable."

Customers who still have grocery or gasoline credits will receive refunds and extra money to cover the savings they expected, the company said.

Priceline.com, which made a name for itself through its commercials featuring "Star Trek" actor William Shatner, has had its own troubles. The company's stock fell 40% last month, after Priceline said airline ticket sales were weaker than expected.

And CBS News' 48 Hours reported the Connecticut Better Business Bureau was pulling Priceline's membership after a rash of complaints from its customers.

The firm anounced last week that it's third-quarter earnings would come in below analyst expectations. Investors sent shares of Priceline.com down another 42 percent last week.

Walker said WebHouse had been a gamble from the start, but that it was structured to avoid exposing Priceline shareholders to additional risk. "Priceline has substantial capital," he said.

In the past few months, Walker has sold some of his stake in Priceline to investors such as Paul Allen's Vulcan Ventures and Liberty Media Corp. to raise money for WebHouse. WebHouse raised between $200 million and $300 million but needed at least $100 million more to become profitable, he said.

He said the company still has about $70 million in liquid assets- more than enough to make refunds to customers.