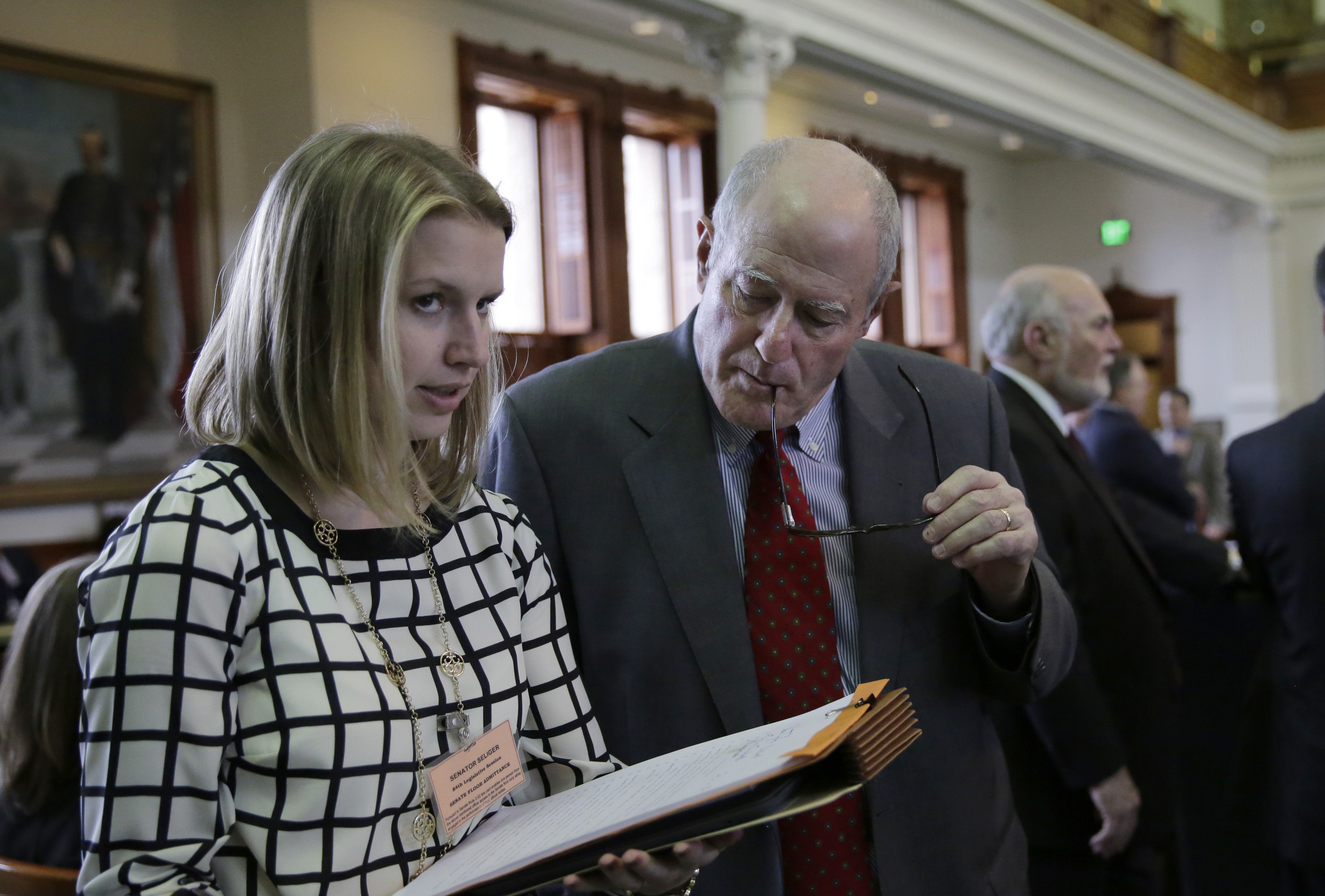 AUSTIN, Texas -- They signed up to fight for their country, and the state of Texas promised to pay for their education.

For decades, veterans went to public universities and colleges under the Hazlewood Exemption, which kicks in after federal benefits under the G.I. Bill are exhausted. But the price tag has increased sevenfold since 2009, when legislators in Texas - which has the country's second-highest veteran population, 1.7 million - allowed the benefit to be passed on to veterans' children under a legacy provision.

"Everybody's heart was in the right place when we added all the other beneficiaries," said Republican Sen. Kel Seliger, chair of the Senate's higher education committee. But, he added, "it just got too high of a price tag."

Now, amid rising legacy costs and concern that a federal lawsuit over residency could push the benefit's annual figure to $2 billion, policymakers must carefully balance state politics and fiscal conservativism with commitments made to veterans during World War II.

Of the 10 states with the most veterans, only Illinois and Texas waive all tuition and fees for veterans who meet program requirements, according to a Texas Legislative Budget Board report. And Texas is the only state of the 10 to offer full tuition and fee waivers to children, the report said, a decision made in 2009 in tandem with expanding the benefit to include spouses of veterans who were injured, missing or killed in action.

About 39,000 Texas residents used the benefit last fiscal year, at a cost of $169 million, according to the Texas Legislative Budget Board. That's 576 percent more than before the legacy expansion, when only about 10,000 used the exemption at a cost of nearly $25 million.

Most of the cost of the program falls to the higher education institutions, other than $11.4 million from a new state fund that dispersed Hazlewood reimbursement money this fiscal year.

About $1 million of that went to Texas State University, which educated more Hazlewood recipients than any other state public university last fiscal year. Located in San Marcos near three military bases that comprise Joint Base San Antonio, the university prides itself on being veteran-friendly.

Marcy Garcia, 58, discovered she was eligible for her husband's benefit in 2012, two years after she enrolled in classes at Texas State University. It freed her "from worrying about where my tuition was going to come from," and allowed her to focus on education, said Garcia, whose husband is a disabled Vietnam veteran. She expects to graduate in May.

Rufus Coburn, executive director of the Texas Veterans Commission, said participation is relatively low in part because federal benefits must be maxed out first. But many fear that a successful challenge to the program's "fixed-point residency clause" may cause costs to spiral. The clause requires that beneficiaries be legal Texas residents when they enlist.

A military veteran from Georgia who was living in Houston challenged that requirement in a 2014 lawsuit. A federal judge ruled the requirement unconstitutional in January and the student was entitled to the benefit. Texas has appealed the ruling, which some worry may prompt other veterans to relocate to Texas to take advantage of a free education.

Coburn says that concern is premature. "I don't think the sky is falling," he said. "States aren't going to recommend that their veterans go somewhere else."

Juan Ramirez said most veterans he knows want to relocate near family and aren't benefit-shopping.

After being discharged from the U.S. Air Force, the 30-year-old Ramirez moved to San Antonio to reunite with relatives. He is using his Hazlewood benefit to study criminal justice and expects to earn an associate's degree this summer.

"The State of Texas is very generous, and it's a godsend, really," he said.

The Hazlewood fund had a balance of $260 million at the end of August, according to the Legislative Budget Board, which recommended dispersing $23.5 million in the 2016-2017 biennium.

Gov. Greg Abbott last month proposed allocating $532 million for Hazlewood benefits in his state budget, but that allotment has so far remained in the background during budget discussions.

A half-dozen bills in the Texas Legislature propose amending the statute, particularly to remove the residency clause. Several would require beneficiaries to be Texas residents for eight years before registering for school.

Republican Rep. Rick Miller, a 30-year Navy veteran, recently told the House Appropriations Committee that lawmakers needed to "deal with this ever-increasing financial cost to the state and the institutions."

He said House members were evaluating how to do that and still "honor our commitment to our Texas veterans."

Last year, the nation marked the 70th anniversary of the Servicemen's Readjustment Act of 1944, more commonly known as the GI Bill.

The bill has been credited with providing millions of military veterans with college educations and creating the American middle class.