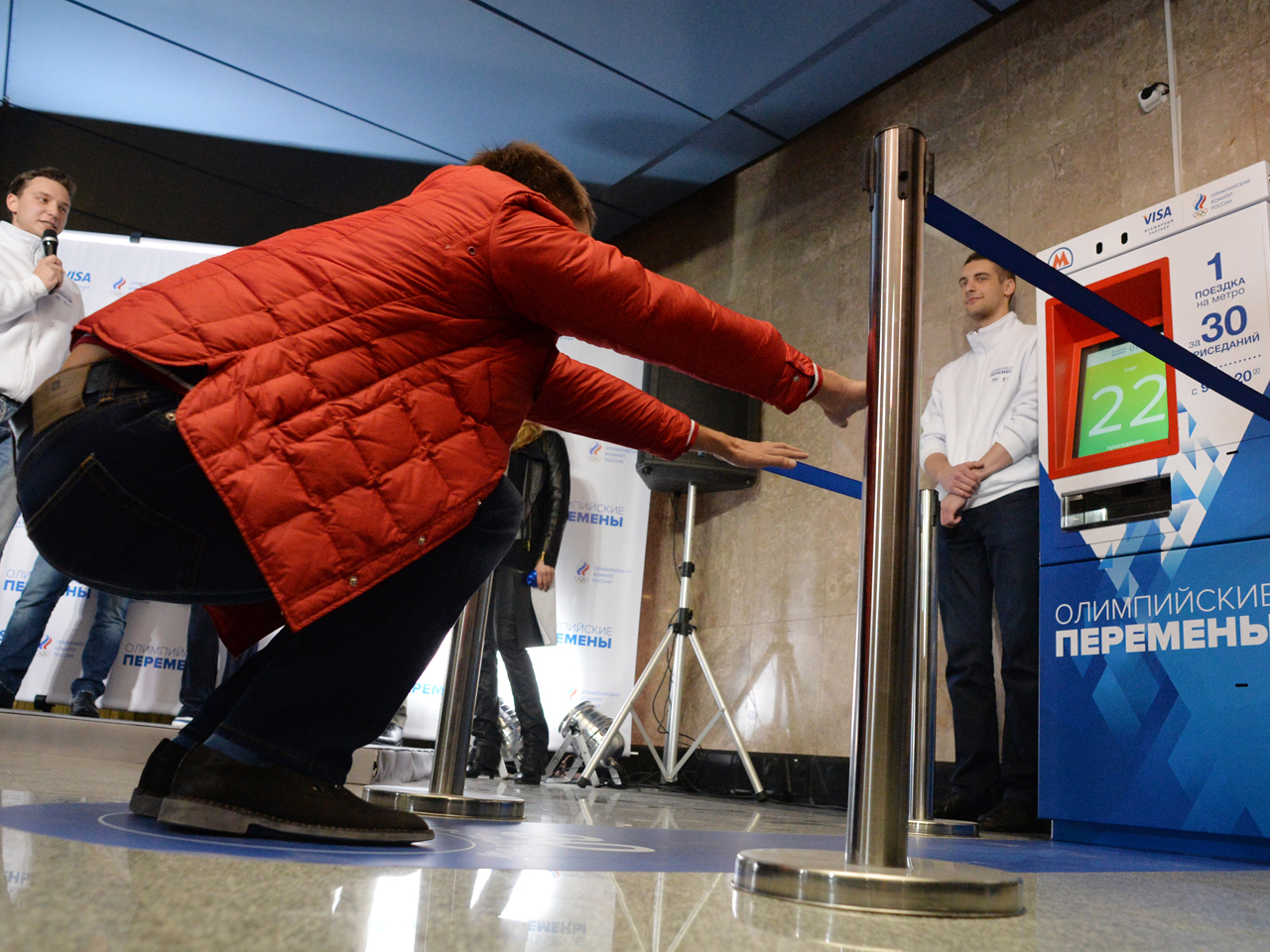 Get ready to drop down and give 30 squats if you want to ride the Moscow metro.

In an effort to promote both the upcoming Winter Olympic Games in Sochi and physical fitness, Moscow city officials and the Russian Olympic Committee are allowing subway riders to pay 30 squats instead of 30 rubles (about 92 cents) for a trip on thetrain.

Riders perform the squats in front of a special machine which can tell if the person is in the correct position. The machine is located right next to the electronic vending machines at Vystavochnaya station in western Moscow.

"We wanted to show that the Olympic Games is not just an international competition that people watch on TV, but that it is also about getting everyone involved in a sporting lifestyle," Alexander Zhukov, president of the Russian Olympic Committee, said to Russian state news wire RIA-Novosti, according to the Wall Street Journal.

The task isn't so simple, according to some people who dared to try it out.

"It was hard at first but I managed it," Lyudmila, a young woman who tried out the machine, told AFP. "Two minutes is enough time."

The Russian Olympic Committee has been offering several physical challenges to the public in order to promote a healthier lifestyle, AFP reported. Other events have included turning handles hanging on buses into exercise bands and providing bikes that can create electricity to charge cell phones. The goal is to "add elements of sport into daily life."

The option for squat payment will be available throughout the month of November.