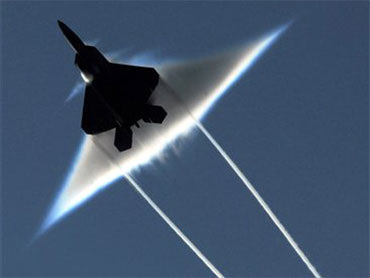 Despite all his initial talk of bipartisanship and putting aside the stale arguments of the past, President Obama is revealing himself with each passing day to be a traditional, doctrinaire liberal.

And although it has received little coverage, Obama's liberal instincts are influencing the direction of America's defense posture. True, Obama has not cut and run in Iraq and Afghanistan, as many feared he would, and for this, he deserves the praise he has received from conservatives. But the longer-term defense policies the Obama administration is establishing are troubling and will be very difficult for a future president to reverse.

The core policies mapped out in President Obama's defense budget are not the result of an internal Pentagon review. They originated inside the Center for American Progress (CAP), a liberal think tank headed by former Clinton chief of staff John Podesta, and were openly, if quietly, laid out during his campaign. CAP's website features "a progressive 'Quadrennial Defense Review'" and other papers laying out defense policies "progressives" would like to see in a Democratic administration. The center boasts that President Obama's recent defense cuts "reflect the overall thrust of CAP's recommendations over the last four years, and [the administration's] specific recommendations clearly embrace our suggestions."

The Defense Department is charged with writing and submitting an actual Quadrennial Defense Review to Congress at the beginning of 2010. When it crafts this document, the department should bear in mind that while a liberal think tank may have insights worth considering, it is simply no substitute for the professional military and intelligence experts who have real-world responsibility for our safety.

The Obama administration has received an impressive amount of political cover from its shrewd decision to retain Defense Secretary Gates. But political cover and wise policy are not the same. Conservatives should remember that our nation faces substantial threats not only from radical Islam but also from an emerging set of geopolitical actors whose interests will almost certainly conflict with ours in the coming decades.

As a command pilot with more than 3,400 flying hours, I could not help but take notice of the administration's zeal last week in ending the F-22 Raptor program, which produces the most advanced strike fighter in the world. The F-22 is the only plane we have that is capable of penetrating deep into the most sophisticated, lethal air defenses in the world and destroying them. During the congressional debate, the F-22 was derided as a "relic of the Cold War" that has not been deployed in Iraq and Afghanistan. Never mind that neither country has a sophisticated air defense, and that other potential adversaries do have sophisticated air defenses and fighter aircraft. Air dominance is as important to U.S. military doctrine as it has ever been. With the growing importance of unmanned Predator aircraft, which are vulnerable to enemy aircraft and surface-to-air missiles, air-dominance fighters are arguably more important than ever.

There was even pious talk of how expensive programs like the F-22 were hoarding precious resources that could be spent on more troops. This, from a president and a congressional leadership that have poured trillions of dollars into pet liberal projects.

Most conservatives are not so easily led astray by talk of "change" and pressing "reset buttons," preferring to stick to their traditional beliefs in maintaining a strong defense. We see looming threats that the administration's defense plans seem all too eager to ignore or wish away:

A well-armed Russia feels free to bully U.S. allies such as Georgia in open defiance of American and international will. But Obama is canceling production of our most sophisticated, most survivable, stealthiest fighter plane.

Our troops are facing asymmetrical threats on the ground in hotspots around the world. But Obama is slashing the Future Combat Systems program, which would give our soldiers real-time intelligence and increase their coordinated-strike capabilities.

Our ability to operate naval forces in the Pacific and Indian oceans is increasingly important to maintaining our strategic and commercial interests. But Obama is stalling production of the Navy's top F-18 Hornet strike fighter in the face of what the Congressional Research Service has now estimated to be a 300-plane shortfall.

It remains to be seen what the Pentagon's Quadrennial Defense Review will contain. But in the meantime, coddling liberal fantasies of peace-through-defense-cuts instead of prudently maintaining a clear American edge in the ability to project power around the world is a mistake we will no doubt live to regret.