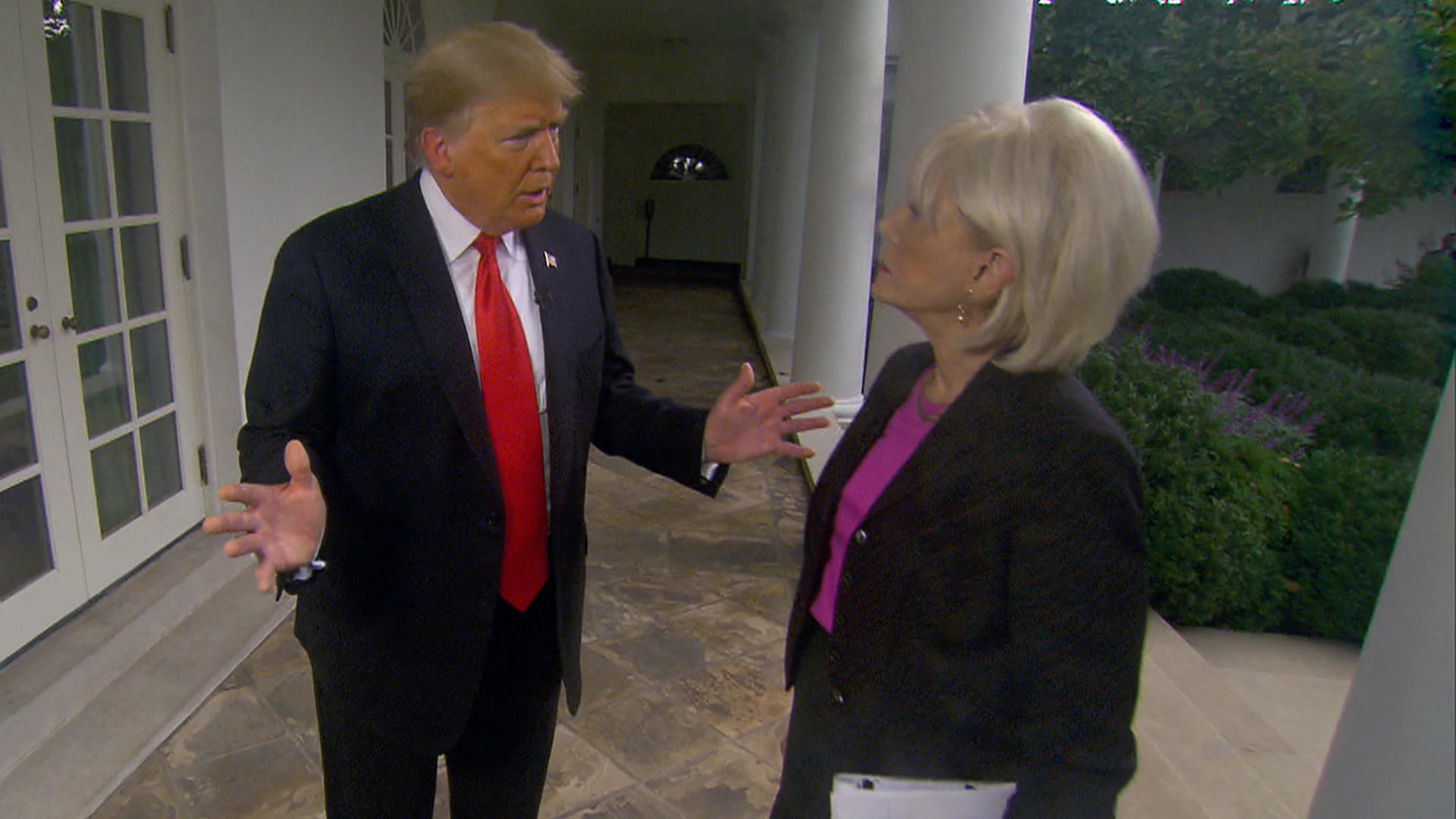 President Trump tells Lesley Stahl on 60 Minutes that his tariffs against China are not to blame for the recent plunge in the stock market, the Federal Reserve is.

"Our Federal Reserve is raising [interest] rates too fast," Mr. Trump said, "because they think our economy's too good."

The president acknowledged the Fed is an independent agency. But he said he's disappointed in Federal Reserve Chairman Jerome Powell, whom he appointed to the job in February.

The president said Powell sees the economy as being so strong that he keeps raising interest rates, despite inflation being lower than expected. "I don't like that," Mr. Trump said.