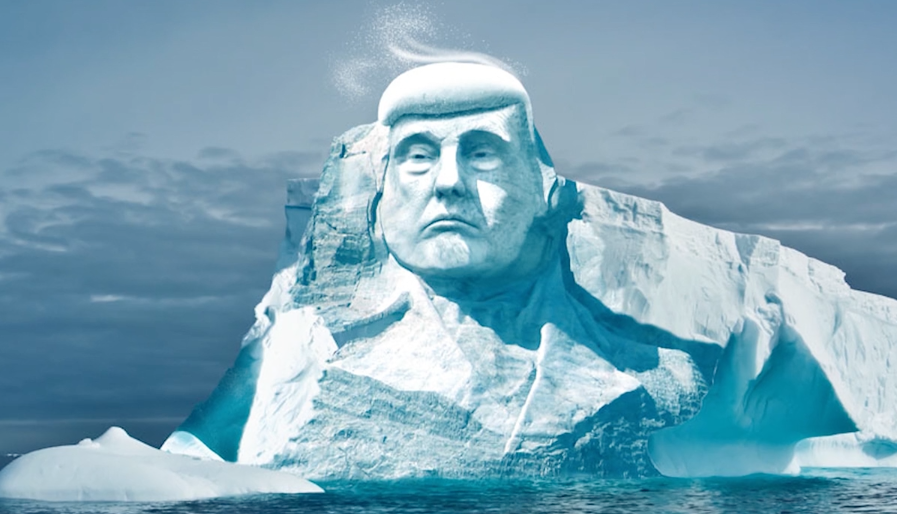 An environmental group wants to carve President Trump's face into an arctic iceberg for one special purpose: To prove climate change is happening. "Melting Ice," a Finnish non-governmental organization, aims to raise about $500,000 to build a 115-foot monument dedicated to Mr. Trump.

Nicholas Prieto, chairman of the Melting Ice association, which is behind "Project Trumpmore", said the idea is a tangible attempt to show Mr. Trump and others who don't believe climate change is a "real issue."

"Global warming is one of the most important issues and topics of today," Prieto said in a statement. "We want to build the monument for all of us, so we can see how long the sculpture lasts before melting. There are still people who ponder whether it's a real issue. Often people only believe something when they see it with their own eyes."

If successful, the group says they will install a camera at the site to livestream the sculpture as it melts.

During his presidency, Mr. Trump has rejected the existence of human-made climate change, once saying without evidence that it was fabricated by China to make U.S. manufacturing "noncompetitve." Last year, he withdrew the U.S. from the , a deal signed by nearly 200 countries that focused at reducing carbon emissions, slowing rising global temperatures and helping countries deal with the effects of climate change.

The world has already warmed about 1.1 degrees Celsius (2 degrees Fahrenheit) since the Industrial Revolution. The overwhelming majority of scientists say the burning of coal, oil and gas is causing the Earth's climate to change because of heat-trapping gases.

Mr. Trump also talked about the possibility of being added to Mount Rushmore during a rally in Ohio last year. A video produced by Melting Ice references Mr. Trump's wish, saying,"We want to make this come true. Kinda."