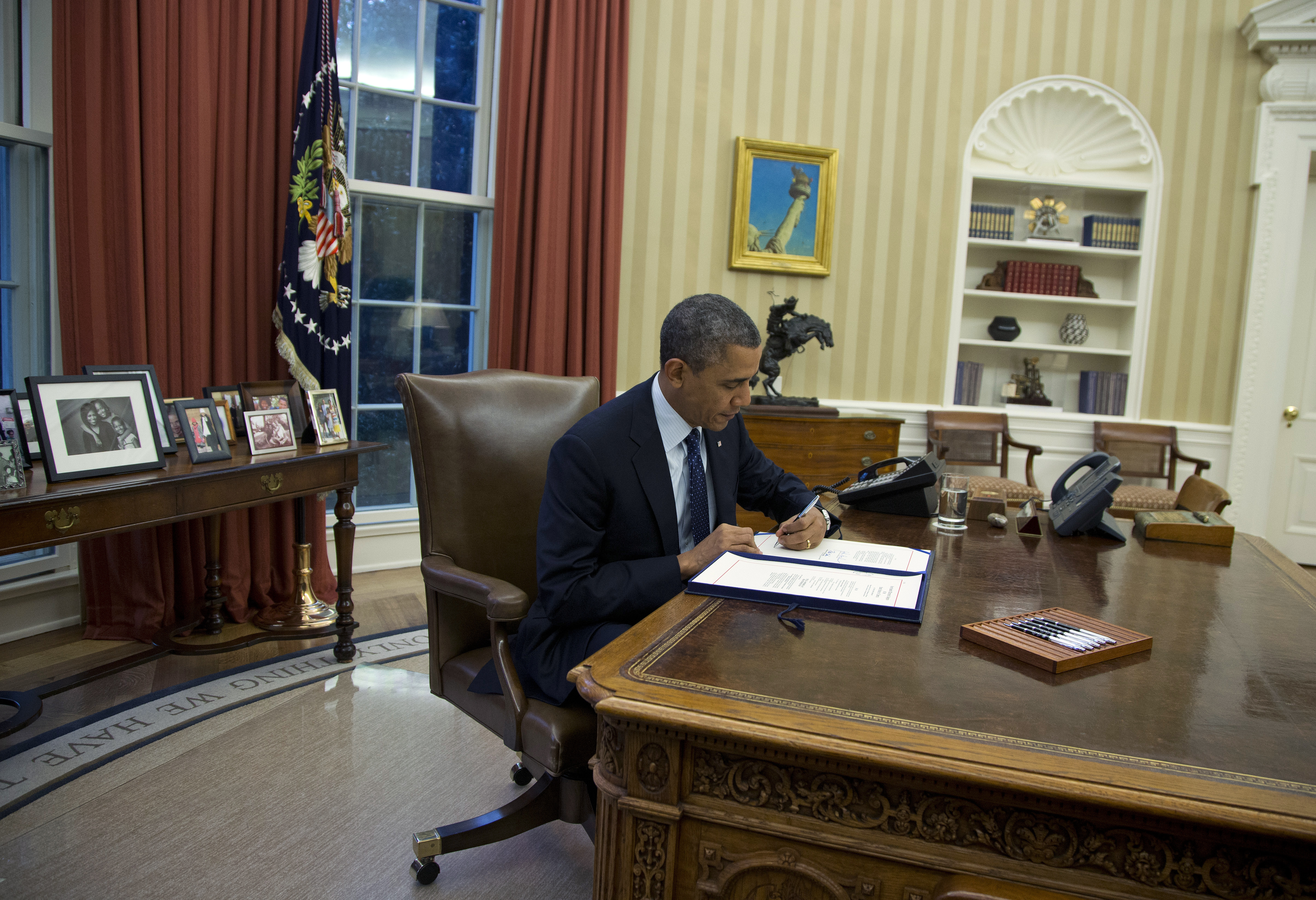 President Barack Obama signed into law Wednesday a bill that grants the Food and Drug Administration (FDA) more regulatory powers over drug compounding pharmacies, the type of drug manufacturer involved in a 2012 meningitis outbreak that resulted in 60 deaths.

Besides giving more regulatory powers over compounders, the law authorizes the FDA to develop a national track-and-trace system to secure the pharmaceutical supply chain and minimize opportunities for contamination, adulteration, diversion, or counterfeiting, according to the White House.

More than 750 people developed illnesses after receiving methylprednisolone acetate (MPA) steroid injections for back and joint pain. The drugs were manufactured by the New England Compounding Center based in Framingham, Mass. More than 17,000 vials of the injections were shipped from May through Sept. 2012 before a nationwide recall was issued.

FDA investigators later found unsanitary conditions at the facility, including bacteria and mold on multiple surfaces where drugs are prepared.

Infections linked to the drugs included serious cases of meningitis, joint and bone infections, abscesses and infections of the spinal cord and space between the vertebrae.


Compounding pharmacies mix medications and creams based on patient’s prescriptions from a doctor. The NECC was found to make bulk solutions without individual prescriptions, shipping more than 17,600 doses of its pain injections to 23 states.

FDA Chief Margaret Hamburg asked lawmakers at a Nov. 2012 hearing for more power to regulate compounding pharmacies, saying the agency had to defer to Mass. state authorities by law.

"The challenge we have today is that there is a patchwork of legal authorities that oversee the action we can take," Hamburg said at the time.

Following the outbreak, the FDA conducted 31 unannounced inspections in 18 states of other compounding pharmacies, finding conditions that could create a contamination risk in all but one.

Why the U.S. should "be very worried" about Brazil's COVID disaster

In September, the House of Representatives approved the measure. The Senate passed the bill in November.

On Monday, CBS News correspondent Jim Axelrod  reported that the federal investigation into NECC is at a critical phase, and charges could be filed soon after the first of next year.


"You want to identify those people at the highest level in the organization that are criminally culpable, and that's partly what the government is doing, and that's what takes a lot of time," Michael Sullivan, a former U.S. attorney in Boston, told CBS News.