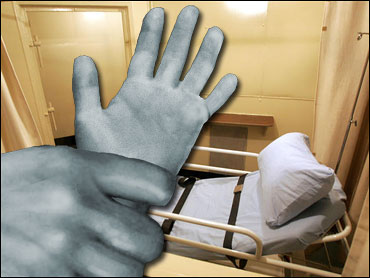 President Clinton plunged into New Year partying, singing along at a gala celebration and returning to the White House for a massive all-night party to ring in the new millennium.

Mr. Clinton was ebullient as he joined with Don McLean singing American Pie and clapped and sang as John Fogerty crooned Proud Mary in a Hollywood-style gala in front of the Lincoln Memorial.

After more than two hours of songs and theatrics, the president took the stage and made his last speech of the century, pledging that Americans will uphold the torch of freedom.

"If the story of the 20th century is the triumph of freedom, what will the story of the 21st century be? Let it be the triumph of freedom wisely used to bring peace to a world in which we honor our differences and even more our common humanity," Mr. Clinton said, standing in front of the massive statue of a seated Abraham Lincoln that looks out over the Mall to the Washington Monument.

Minutes later, at midnight, Mr. Clinton and a group of children lit a fuse setting the capital's skyline ablaze with showers of sparks and streaks of colored light coming from the Washington Monument.

Mr. Clinton then embraced his wife Hillary Rodham Clinton and daughter Chelsea, who joined him on stage to watch the fireworks and laser display.

After joining several of the stars who took part in the celebration on stage for speeches and more singing, Clinton left his box and returned to the White House for a "Welcome the Dawn" party with several thousand guests.

Before the firworks and concert, the Clintons hosted a party for a star-studded guest list of about 350 people.

They were joined by thousands more after the gala, and the White House was rocking with music in the predawn hours as guests danced in a tent erected on the White House lawn off the Oval Office.

At the dinner banquet, which saluted American achievement, Mr. Clinton and his guests dined on caviar and lobster.

Mr. Clinton offered three toasts to the guests packed into two dining rooms: one for them, one for his wife Hillary and one for the future.

"I cannot help but think how different America is, how different history is and how much better because those of you in this room and those you represent were able to imagine, to invent, to inspire," he said.

"By the same token I cannot help but dream of how much different and how much better our future can be if we can give every child the same chance to live up to his or her God-given potential and to live toether as brothers and sisters, celebrating our common humanity and our shared destiny."