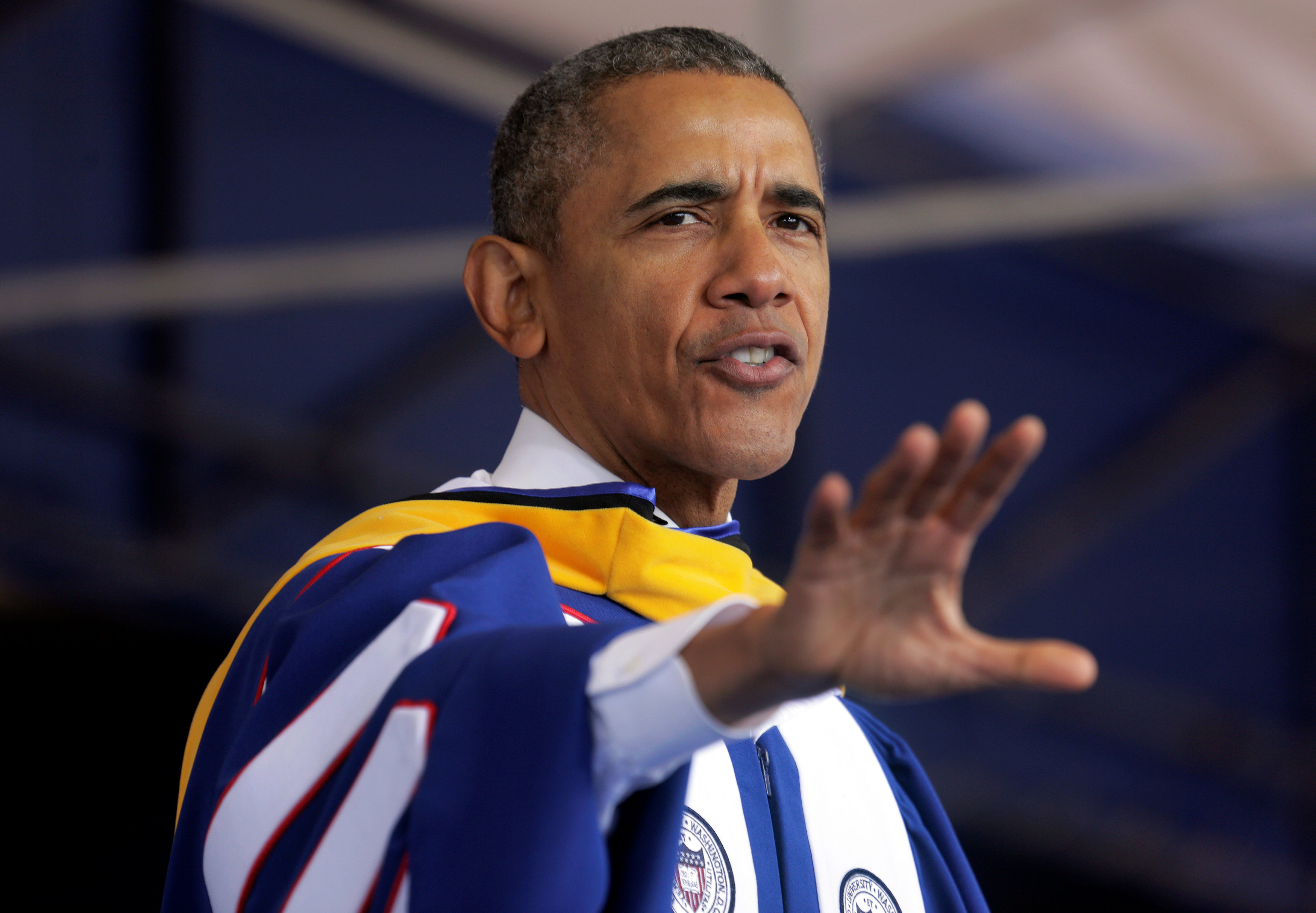 Officials knew it was a long shot since the president receives numerous requests each year to speak at commencement ceremonies across the country. But after lobbying efforts that included prodding by the state's Congressional delegation, and the announcement of another commencement speaker, the school learned last month that its long campaign had been a success.

Obama will speak Sunday at Rutgers University's graduation ceremony at High Point Solutions Stadium in Piscataway, the first time a sitting president has spoken at the school's commencement. The stadium will hold more than 52,000 people and there are tents for an overflow crowd who can watch a live stream of the speech, CBS New York reports. Each student received their own ticket, plus three more for family members or friends.

This is the second of three commencement speeches the president will give in his final year in office. Earlier, Mr. Obama spoke at the Howard University graduation ceremony. Later, he will speak at the Air Force Academy graduation.

Rutgers president Robert Barchi said he at first thought it might be someone trying to play a practical joke, but when he realized that was not the case, he became ecstatic.

"We are deeply honored that President Obama will take part in this milestone event for the university," Barchi said. "His decision is a testament to the enthusiastic efforts of Rutgers students, faculty, staff, alumni, and board members."

Once the invitation was issued to the White House, Rutgers officials and state and federal lawmakers went to work to persuade Obama that the university was a prime destination.

The lobbying effort included phone calls to administration officials and letters sent to Obama that focused on the school's long and distinguished history. Among those involved were the state's two U.S. senators -- Democrats Bob Menendez and Cory Booker -- and most of the state's Congressional delegation.

The chairman of Rutgers' board also hand-delivered a copy of Rutgers invitation during an Oval Office meeting in January 2014, said college spokesman E.J. Miranda.

Among the highlights the proponents noted was that Rutgers Professor Selman Waksman won the Nobel Prize for Medicine in 1952 for research that led to the discovery of streptomycin, the first antibiotic effective against tuberculosis. And in 1869, New Brunswick served as the location for the first intercollegiate football game, in which Rutgers beat Princeton 6-4.

"As one of the oldest universities in the country, Rutgers has prepared generations of students from New Jersey and beyond with the skills they need to secure a bright future," Booker said. "The president's accepting our invitation is a testament to Rutgers' distinguished history and long commitment to excellence as one of the premier research institutions in the nation."

In an unusual move, the president granted a pre-commencement interview to the Daily Targum, the college newspaper, after the editor-in-chief put Obama on the spot by requesting it on live television during a recent White House visit.

Quizzed about student loans and college affordability, Obama stressed that the modern economy will require highly educated workers, but he added that his ability to restructure financial aid was limited barring new laws from Congress.

"The basic principle that we should be working towards is that everyone needs more than just a secondary school education, whether it's a two-year or four-year degree," Obama said. "And that it's got to be affordable. We can't have situations where young people are loaded up with $50,000, $75,000 or $100,000 worth of debt coming out of school."

The flagship university of New Jersey, Rutgers is the eighth oldest school in the nation. It was founded 10 years before the start of the American Revolution and will formally mark its 250th anniversary on Nov. 10.

Eight days before Obama announced Rutgers would be one of the final three commencement addresses he would give during his time in office, Rutgers announced that noted journalist and former White House press secretary Bill Moyers would be the commencement speaker.

Moyers, who was paid $35,000 to give the speech, will now instead speak at the School of Arts and Sciences convocation, which will be held after the commencement ceremony. Moyers will still receive his speaker's fee.

Barchi said Moyers has been "extraordinarily gracious" about being replaced by the president.

Sunday's address will be Obama's second visit to the school in the past year. In November, he convened a discussion at Rutgers' Newark campus on criminal justice reform.

Students are thrilled that the president will be delivering the commencement speech.

"It's a huge honor," said one senior, who signed a petition in his sophomore year to have the president speak at his graduation.

"I'm really excited to hear what he has to say, I think it's a great opportunity for Rutgers," another student said.

Franklin Roosevelt is the only other sitting president to receive an honorary degree from Rutgers, though he was not present to receive it. Instead, he called the school's president after the commencement ceremony had started and asked to dictate his acceptance to someone. Officials soon found a secretary in the Department of Athletics who handled the job.