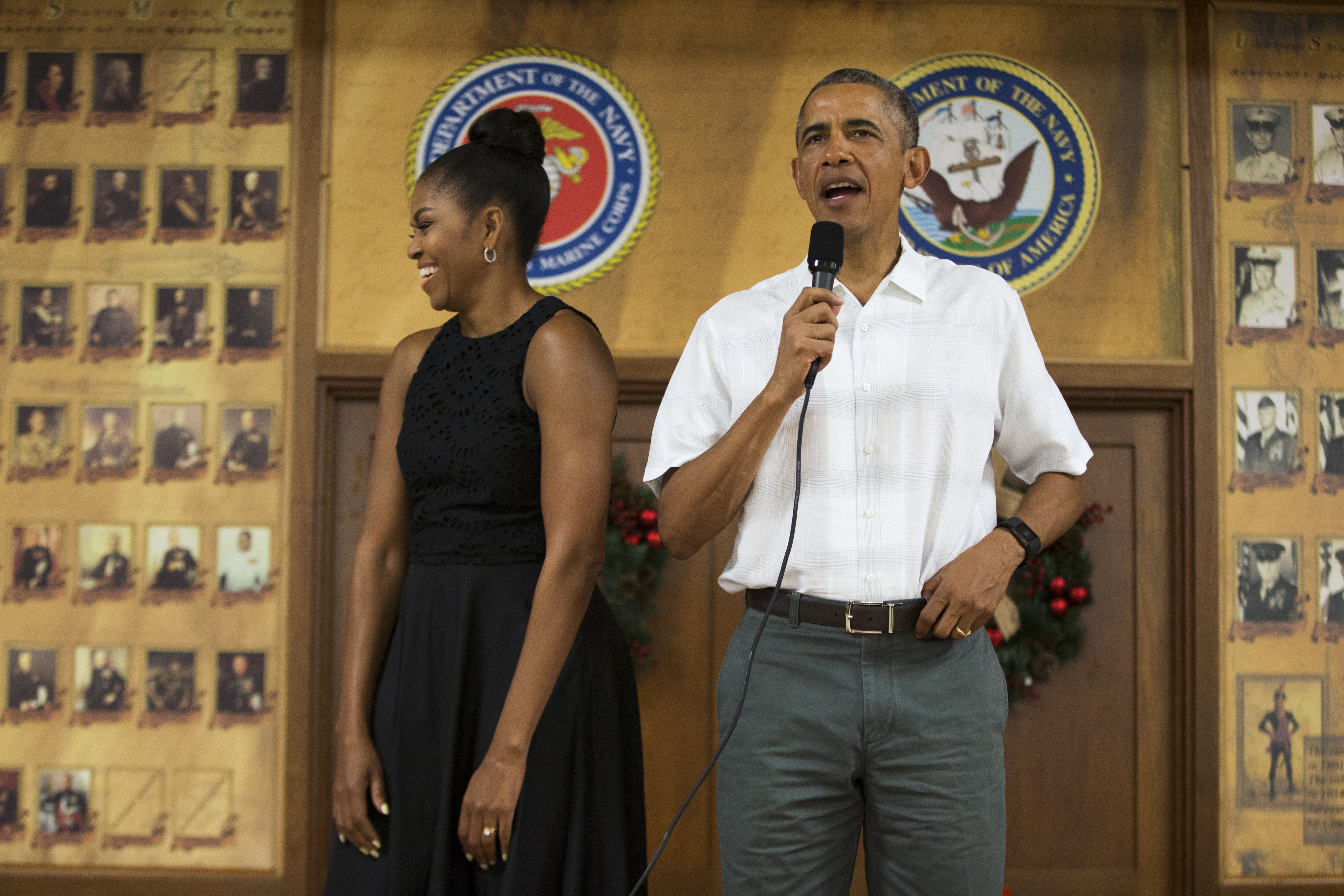 Mr. Obama says "it's tough" being deployed overseas and that while his administration has brought home thousands of troops, many are still serving in dangerous places like Iraq and Afghanistan.

He referenced the six American service members who were killed this week in a suicide attack at Bagram Airfield in Afghanistan.

Mr. Obama spoke during his annual Christmas Day visit to service members stationed at Marine Corps Base Hawaii in Kaneohe Bay, as well as their families. He was accompanied by his wife, Michelle.

Mr. Obama says U.S. troops help keep Americans free and the country strong. He declared himself "extraordinarily grateful" for everything they do every single day.

The Obamas are spending Christmas in Hawaii, where Mr. Obama spent part of his childhood. It's been an annual tradition since he was first elected.

As President Obama knows, not even the commander-in-chief gets the night off on Christmas.

"This is one of our favorite times of the year in the Obama household, filled with family and friends, warmth and good cheer. That's even true when I spend all night chasing Bo and Sunny away from the cookies we leave for Santa," he said in the opening of his Christmas address on Christmas Day, accompanied by First Lady Michelle Obama.

"Today, like millions of Americans and Christians around the world, our family celebrates the birth of Jesus and the values He lived in his own life. Treating one another with love and compassion. Caring for those on society's margins: the sick and the hungry, the poor and the persecuted, the stranger in need of shelter -- or simply an act of kindness." The president said. "That's the spirit that binds us together -- not just as Christians, but as Americans of all faiths."

"Go to JoiningForces.gov to see how you can serve the troops, veterans, and military families in your community. And together, we can show them just how grateful we are for their sacrifice," she said.

Earlier this week, the White released the Spotify holiday playlist for both the Obamas and the Bidens.