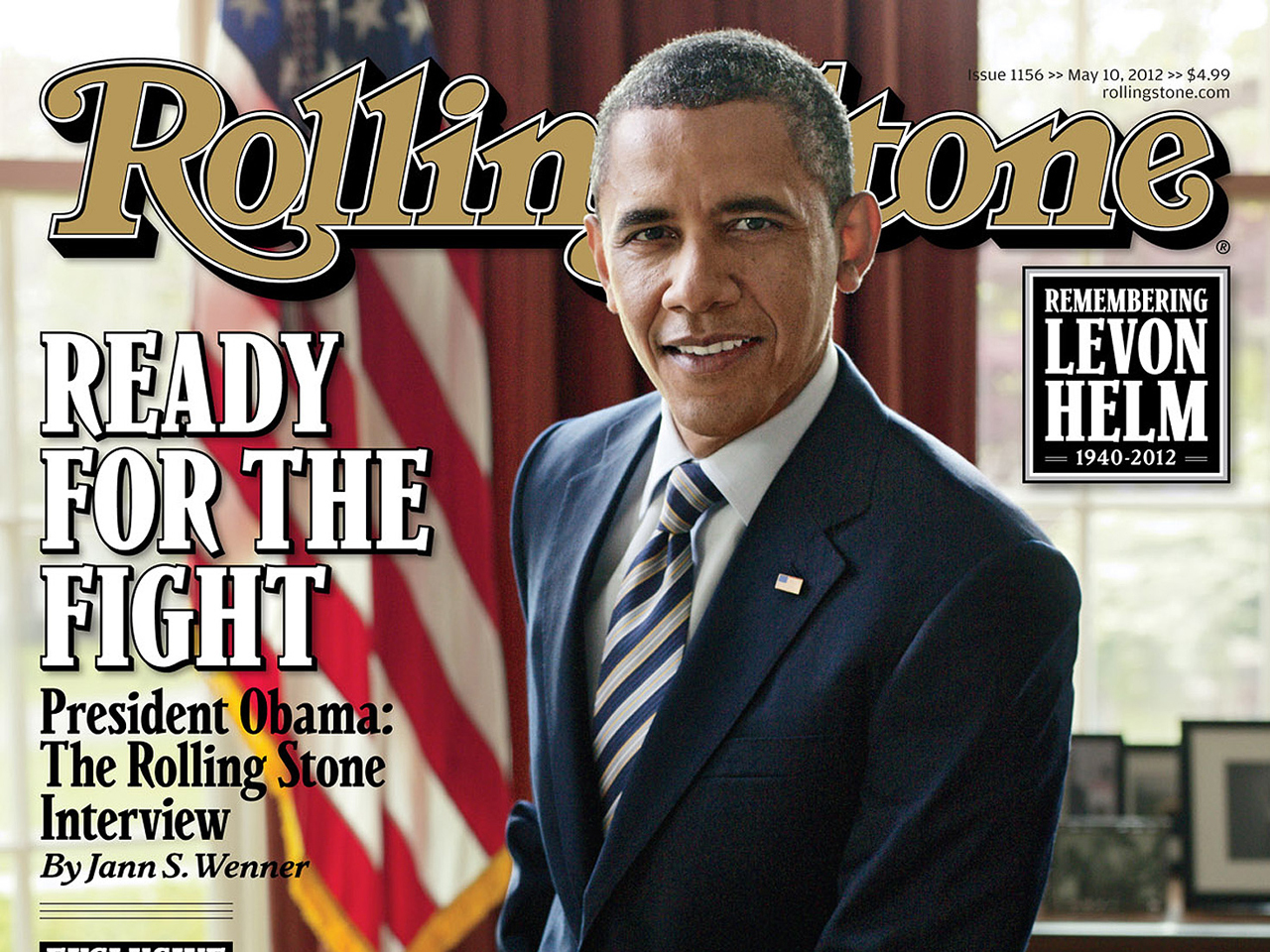 (AP) WASHINGTON - Offering riffs on Mick Jagger and reflections on race, President Barack Obama is capping a week devoted to courting young votes with a Rolling Stone magazine cover interview that segues from presidential musings on politics to foreign policy to pop culture.

Sounding an election-year theme, Mr. Obama tells the magazine that Mitt Romney can't disavow the conservative views he embraced as candidate during the Republican presidential primaries. At the same time, he acknowledges that he, too, is struggling against public skepticism because of the slow economic recovery.

The interview, conducted earlier this month by Rolling Stone publisher Jann Wenner, will appear in the issue of the magazine that hits newsstands Friday. The Associated Press obtained a copy of the interview ahead of publication.

For Mr. Obama, the magazine interview and its cover portrait come as he reaches out to young voters with a two-day tour of three college campuses in key election swing states and an appearance Tuesday night on NBC's "Late Night with Jimmy Fallon."

Mr. Obama in the interview avoided characterizing Romney as a flip-flopper, a common criticism Romney faced during the Republican primary contests, and instead tagged him as a candidate who willfully embraces the Republican Party's most conservative views.

"I don't think that their nominee is going to be able to suddenly say, 'Everything I've said for the last six months, I didn't mean,'" Mr. Obama said. "I'm assuming that he meant it. When you're running for president, people are paying attention to what you're saying."

Mr. Obama's answer underscores an approach his advisers have been emphasizing lately, casting the race as one of sharp contrasts between two distinct candidates, parties and ideologies.

He said his own political burden is describing to Americans the progress that has occurred during his administration and how, if sustained, it could lead to economic security. "There's understandable skepticism," he said, "because things are still tough out there."

Discussing his relationship with the military, Mr. Obama said, in the clearest terms yet, that he had to rein in the Pentagon as he sought to close down the war in Iraq on schedule and re-focus the military effort in Afghanistan. He said that with the help of then-Defense Secretary Robert Gates, he made it clear to the military brass that "I very much believe in civilian control of our military, and that military decisions are in service of strategies and broader conceptions of diplomacy that are made here in this White House."

"They know I care about them and I respect them, and I think they respect me and listen to what I say," he said. "They understand that I'm the commander in chief."

He said the operation to kill Osama bin Laden illustrated the "constructive relationship" he has developed with the Pentagon.

On Iraq, he said he had fulfilled his promise to end the war responsibly.

Reflecting on whether there had been a change in racial politics since he became president, Mr. Obama said he has never accepted the idea that his election represented a "post-racial period."

"That's hugely important," he added, "but you shouldn't also underestimate the fact that there are a whole bunch of little white girls and white boys all across the country who just take it for granted that there's an African-American president. That's the president they're growing up with, and that's changing attitudes."

No interview with Rolling Stone is complete without cultural touchstones.

Mr. Obama recalled watching singer Mick Jagger rehearse for his appearance during a February White House tribute to the blues and was impressed by the respect the Rolling Stones frontman displayed toward lesser-known and younger musicians. He said Jagger recalled the generosity he had experienced upon meeting blues greats like Howlin' Wolf and B.B. King, and displayed "the sense of him wanting to do that same thing, that it all comes full circle."

As he often does, Mr. Obama said he is not a fan of television news, though he admitted to liking Comedy Central's "The Daily Show" with Jon Stewart, whom he called "brilliant." "It's amazing to me the degree to which he's able to cut through a bunch of the nonsense," the president said.

As for his own pop talents, Mr. Obama was matter-of-fact about his two acclaimed though abbreviated moments of public singing — once at the Apollo Theater in New York and the other at a blues tribute at the White House.

"I can sing," he said confidently. "I wasn't worried about being able to hit those notes."