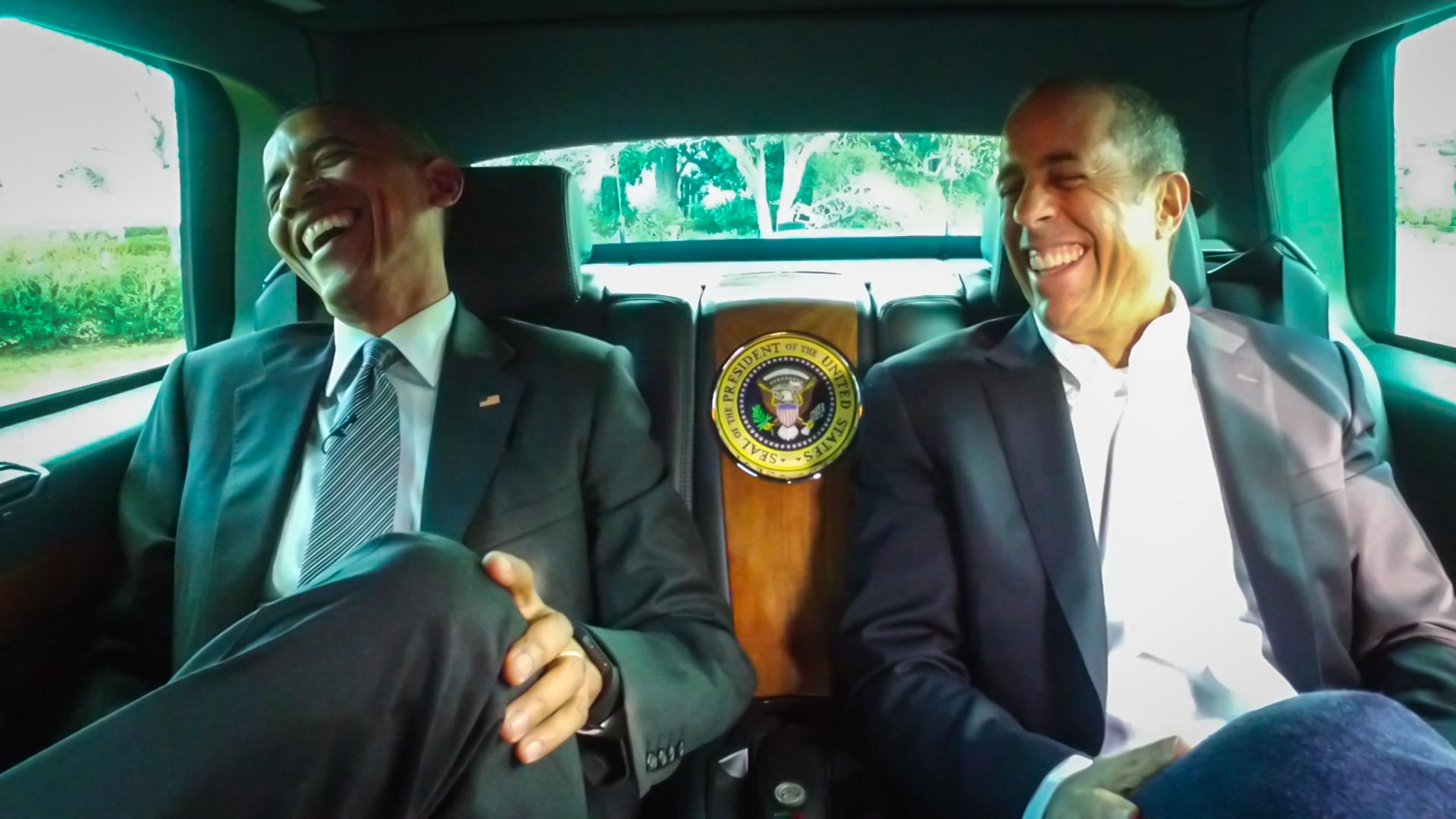 Jerry Seinfeld's next guest on his online series "Comedians in Cars Getting Coffee" may not technically be a comedian, but it is the first elected official to appear.

President Obama will kick off the show's Season 7 on Wednesday, Dec. 30, at 11:30 p.m. ET, which will be released at comediansincarsgettingcoffee.com.

The episode was shot at The White House on Dec. 7 and shows both Mr. Obama and Seinfeld taking turns driving in circles around the South Lawn in a baby blue 1963 Corvette Stingray Split Window Coupe.

Afterward, they walked through the White House's Map, Diplomatic and China rooms before sitting down for coffee in a basement staff dining room.

"Growing up in the '60s my kid dream was always to be an astronaut--doing a comedy show with President Obama in and around the White House felt like going into space," Seinfeld said in a statement about the episode. "Being President and just a cool guy to hang out with at the same time made the experience my own personal moonwalk. It was an unforgettable day."

Comedians in Cars Getting Coffee Season 7 Promo from Broadway Video on Vimeo.

Seinfeld launched the show in 2012, which features one comedian per episode in which they drive around in one of Seinfeld's vintage cars and then stop for coffee.

Mr. Obama, meanwhile, has left Washington for his annual family vacation in Hawaii.