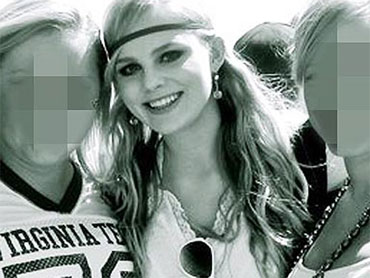 From the sky and on the ground, the United States has begun preliminary operations toward a war in Iraq, newspaper and Pentagon reports indicated Thursday.

The Washington Post reports an unknown number of special operations troops have been on the ground in Iraq on and off for about a month, looking for weapons installations and Iraqi soldiers who might defect.

For the second day in a row Wednesday, U.S. warplanes bombed an Iraqi surface-to-surface missile system. While coalition planes often drop bombs on Iraqi weapons, the targets are usually direct threats to the aircraft, but this week's strikes have been against ground weapons that were moved to put U.S. forces in Kuwait within range.

Baghdad is also bracing for conflict: Pentagon officials tell the New York Times that Iraqi forces have moved explosives into the southern part of the country in preparation for blowing up bridges, bursting dams and igniting oil fields in a strategy to slow an American attack.

The military moves formed a backdrop to a key report from weapons inspectors due Friday that could lead, as early as next week, to the United States and Britain seeking a U.N. resolution authorizing force.

Chief weapons inspector Hans Blix said the part of his report will focus on Iraq's missile programs, which was detailed in Iraq's 12,000-page weapons declaration.

Iraq claimed that the missiles only exceed the range limit when they are not equipped with guidance and control systems.

U.S. ambassador John Negroponte says its now up to Blix to recommend what to do. Blix could suggest the entire missile system be destroyed, recommend modifications, or perhaps demand tests to see whether the Iraqis are right.

"The decision is this for the United Nations: When you say something, does it mean anything?" the president said. "Free nations will not allow the United Nations to fade into history as an ineffective, irrelevant debating society."

Defense Secretary Donald H. Rumsfeld was testifying at a Senate Armed Services Committee hearing, where Sen. Edward Kennedy, D-Mass., asked him if nuclear weapons might be used against Iraq.

"We have every confidence that in the event force is to be used in Iraq, that we can do what needs to be done using conventional capabilities," Rumsfeld said.

Addressing what a post-war Iraq might look like, Rumsfeld said a U.S. general would probably run things at first, but "the goal would be to get them on a path so increasingly more and more was handled by the Iraqi people and less and less by the international community."

Secretary of State Colin Powell delivered a third consecutive day of testimony on Capitol Hill, this time telling the Senate Budget Committee that Americans should be "prepared for a fairly long-term commitment" in Iraq.

Powell said he could give no estimate of how much the effort might cost.

Pockets of resistance to war remain on the Hill. Six members of Congress are leading a lawsuit against the president and Rumsfeld for exceeding war powers granted to the executive branch.

There is skepticism on the Security Council as well. At least three veto-bearing members of the council — China, France and Russia — have signaled deep skepticism of the need for war.

As an alternative to war, France, Germany and Russia are backing a plan to expand inspections by doubling or tripling the number of inspectors.

The deadlock in NATO looked set to last at least until Saturday.

The alliance Thursday cancelled another emergency meeting over whether to send surveillance planes and anti-missile batteries to Turkey. Germany said a decision could be reached Saturday, but France and Belgium were less sanguine.

The three countries have blocked aid to Turkey, saying it would undermine diplomatic efforts to avoid war.

In a related development, Iraqi Deputy Prime Minister Tariq Aziz said his country lacks the means to attack Israel should a conflict erupt.

Speaking in Paris, Aziz said Iraq doesn't have missiles that can reach Israeli territory as it did during the 1991 Gulf War, when dozens of Iraqi Scud missiles struck Israel.

The westernmost part of Iraq is about 230 miles from Israel's Dead Sea coast.

"We don't have the means to attack Israel that we had in 1991," Aziz told France-2 television. "We aren't a threat to anyone."