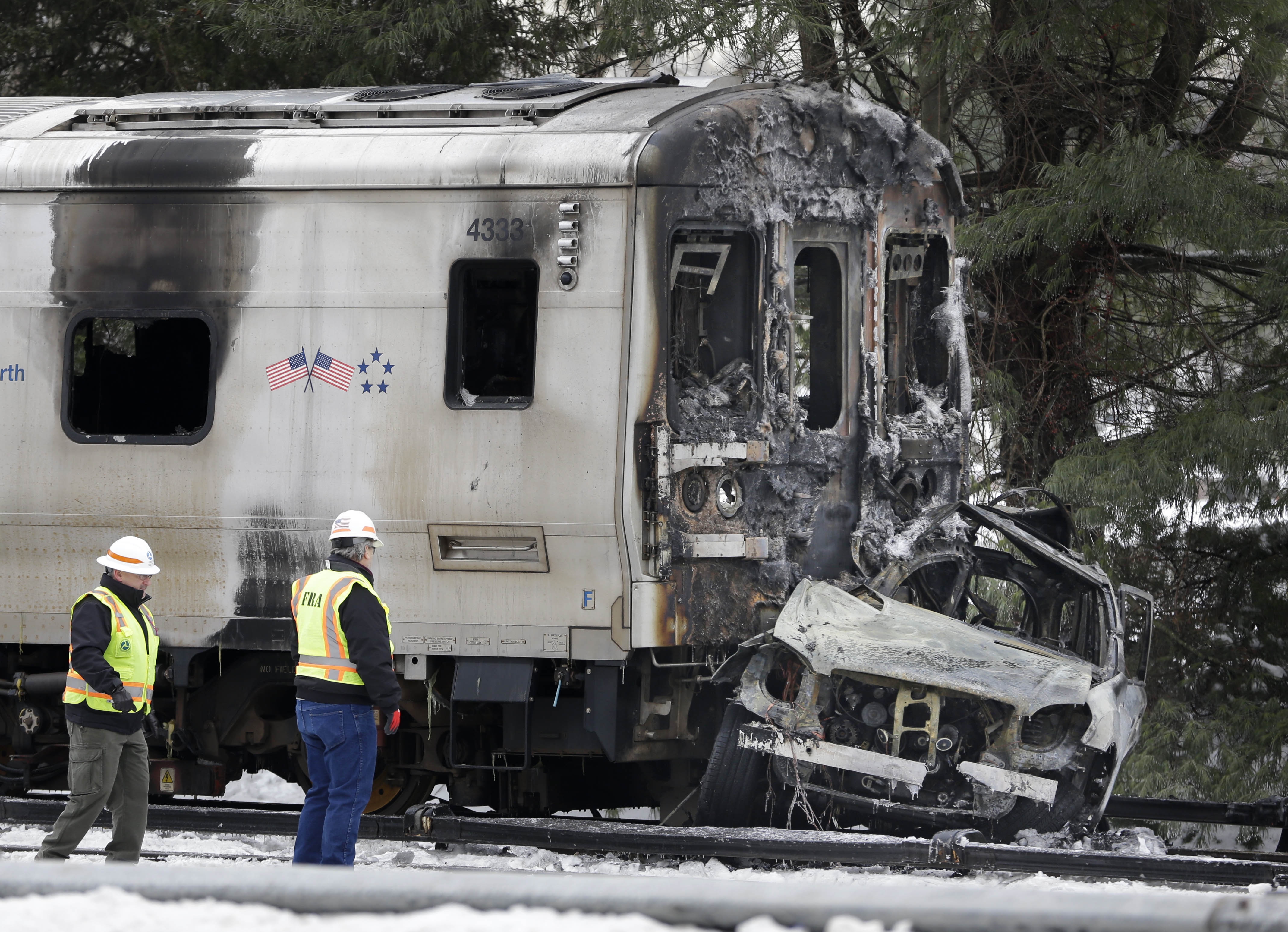 NEW YORK - Federal investigators say the fiery collision between a commuter train and an SUV that killed six people in the New York City suburbs cost the railroad about $3.7 million in damage.

The cost estimate was the only new revelation in the National Transportation Safety Board's preliminary report into the accident released Monday.

The Metro-North train crashed into a Mercedes SUV on Feb. 3 at a grade crossing in Valhalla. The impact sparked an explosion and fire that burned out the first car of the train and sent pieces of third rail stabbing through the passenger area. The woman driving the SUV and five men on the train were killed.

Such preliminary reports from the NTSB rarely include major disclosures or conclusions. Those could be several months away.

According to the report, Ellen Brody, the SUV driver, Walter Liedtke, a curator of European paintings at the Metropolitan Museum of Art, Joseph Nadol, 42, a JPMorgan Chase & Co. executive, Aditya Tomar, 41, who worked in asset management at JPMorgan, and Robert Dirks, 36, a research scientist at D.E. Shaw Research in Manhattan were killed in the crash. All six suffered blunt-force injuries and burns, a medical examiner said.

"The report underscores that Steven Smalls Jr. was a true hero in the face of a horrible situation; his quick reaction in slowing the train and subsequent rescue of injured passengers saved numerous lives," the statement said in part, according to CBS New York.

Schumer also called on the Metro-North and the Federal Railroad Administration to study the report "in search of any changes that can make rail crossings safer on the near term."