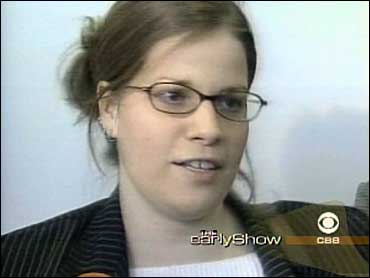 An Arizona woman has lost her appeal of a ticket she was given for driving alone in a highway HOV lane.

Candace Wilkinson, of Phoenix, claimed her fetus should count as the second "person" in the car with her in the lane reserved for carpoolers.

But, reports Mike Levitt of CBS affiliate KPHO in Phoenix, a judge wasn't buying it.

During a hearing, Wilkinson, who represented herself, pointed out that the local criminal code defines person as an unborn child.

But the judge ruled when she drove in the lane in November, she was clearly in violation of the law requiring at least two people in any vehicle in such a lane.

Asked by reporters later if the legislature should clarify the statute, Wilkinson said, "I would hope so, but … I understand the use of the lane. I don't think I was wrong in using the lane, but that's all I have to say."

How Parents Should Handle "Skins"

This isn't the first time the same police sergeant who ticketed Wilkinson has had a case like this.

Phoenix Police Sgt. Dave Norton said, "The previous one was a whole lot less pregnant than Miss Wilkinson, and to follow her philosophy would require officers to carry guns, radios and pregnancy testers, and I don't think we want to go there."

When asked if she'd appeal, she said, "No comment," but admitted she wouldn't drive alone in a car in an HOV lane again.