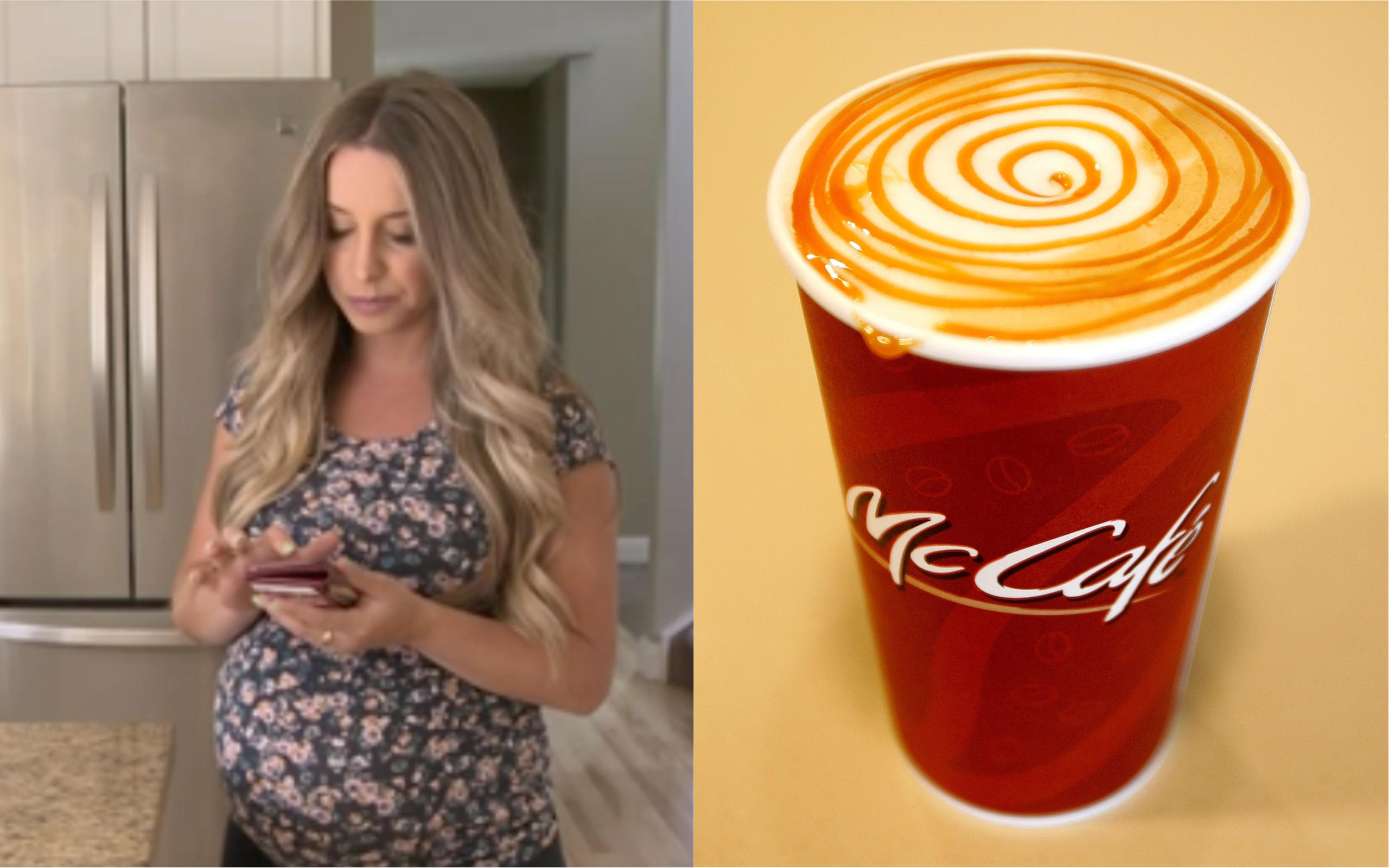 McDonald's is apologizing to a pregnant woman who says she took a sip of her morning latte and tasted cleaning fluid. Sarah Douglas ordered a coffee from the drive thru of her local McDonald's in Alberta, Canada. Douglas says she started driving, took a sip, and immediately halted to a stop.

"Threw my hazard lights on and pulled into the ditch and spit it out," Douglas told Canada's Global News, which reports that she's 8 months pregnant with her third child. "I grabbed some water that was in my car and swished my mouth out."

"My tongue felt fuzzy and my mouth felt almost numb," she said to CTV.

The expectant mother later found out why her latte was frothy with soap and her mouth was burning. She went back to the McDonald's to tell the staff about the tainted drink and learned that the latte machine was attached to cleaning solution.

Alberta health officials are investigating the incident, but Douglas has not experienced any symptoms. She was monitored by poison control and was told if she experiences shortness of breath or difficulty swallowing, she should go to the hospital, CTV reported.

McDonald's says the local owner and operator of the McDonald's franchise, Dan Brown, has released an apology. Brown's statement reads:

"Since learning about the complaint, our team has been in very close contact with the guest and apologized to her. The health inspector also visited my restaurant and is not investigating further.

McDonald's is renowned for its food safety protocols and I am sorry that this happened in my restaurant here in Lethbridge, [Alberta].

What happened is that the machine was being cleaned -- as it is every morning. Unfortunately, the milk supply line was connected to the cleaning solution while this guest's drink was made.

We have taken immediate action to review the proper cleaning procedures with the team and have put additional signage up as an added reminder."

This is not the first time someone has alleged a tainted drink at McDonald's, although the circumstances were very different. A Utah man recently filed a lawsuit claiming a McDonald's employee spiked his drink with a heroin substitute in August 2016.

In that case, Trevor Walker said he took a sip from his Diet Coke and suddenly lost feeling in his arms and legs and his vision became distorted. "I started to feel unusual, I started to sense a lapse in time," Walker said, CBS affiliate KUTV reported. Walker, 33, was taken to the emergency room and survived the incident. He sued McDonald's and Coca-Cola after settlement talks with McDonald's broke off, he said.

Investigators in the Utah case could not determine how the substance got in the drink, said Detective Jared Richardson of the Unified Police Department in Salt Lake City.

South Africa is over Omicron, and that may be good news for the U.S.
Caitlin O'Kane