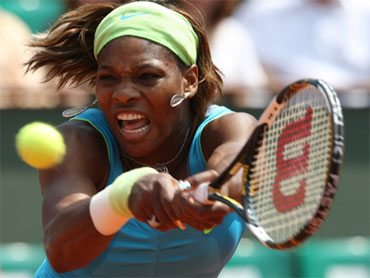 Facing a major assault in Fallujah, insurgents struck back Saturday with suicide car bombs, mortars and rockets across a wide swath of central Iraq, killing over 30 people and wounding more than 60 others, including more than a dozen Americans.

Those attacks, which included use of police vehicles in car-bombings, could have been aimed at relieving pressure on Fallujah, where about 10,000 American troops are massing for a major assault.

Web site postings late Saturday claimed responsibility for several attacks in the name of an al Qaeda-linked group believed holed up in Fallujah.

The deadliest attacks Saturday occurred in Samarra, a city 60 miles north of Baghdad that U.S. and Iraqi commanders have touted as model for pacifying restive Sunni Muslim areas of the country. Insurgents stormed a police station, triggered at least two suicide car bombs and fired mortars at government installations. One of the car bombs, which targeted the mayor's office, used a stolen Iraqi police vehicle, the U.S. military said.

Twenty-nine people, including 17 police and 12 Iraqi civilians, were killed throughout Samarra, the U.S. military said. Arabic language television stations said more than 30 died as gangs of insurgents roamed the city, clashing with American and Iraqi forces.

Elsewhere, 16 American soldiers were wounded Saturday in an attack against a convoy in Ramadi, a major city in the volatile Sunni Triangle, the U.S. military said.

CBS News Correspondent Kimberley Dozier in Baghdad says, "The Americans insist Samarra, unlike Fallujah or Ramadi, is a place where elections can be held. But they haven't had a chance to ask would-be voters there if they plan to show up (for scheduled January balloting), after the latest violence."