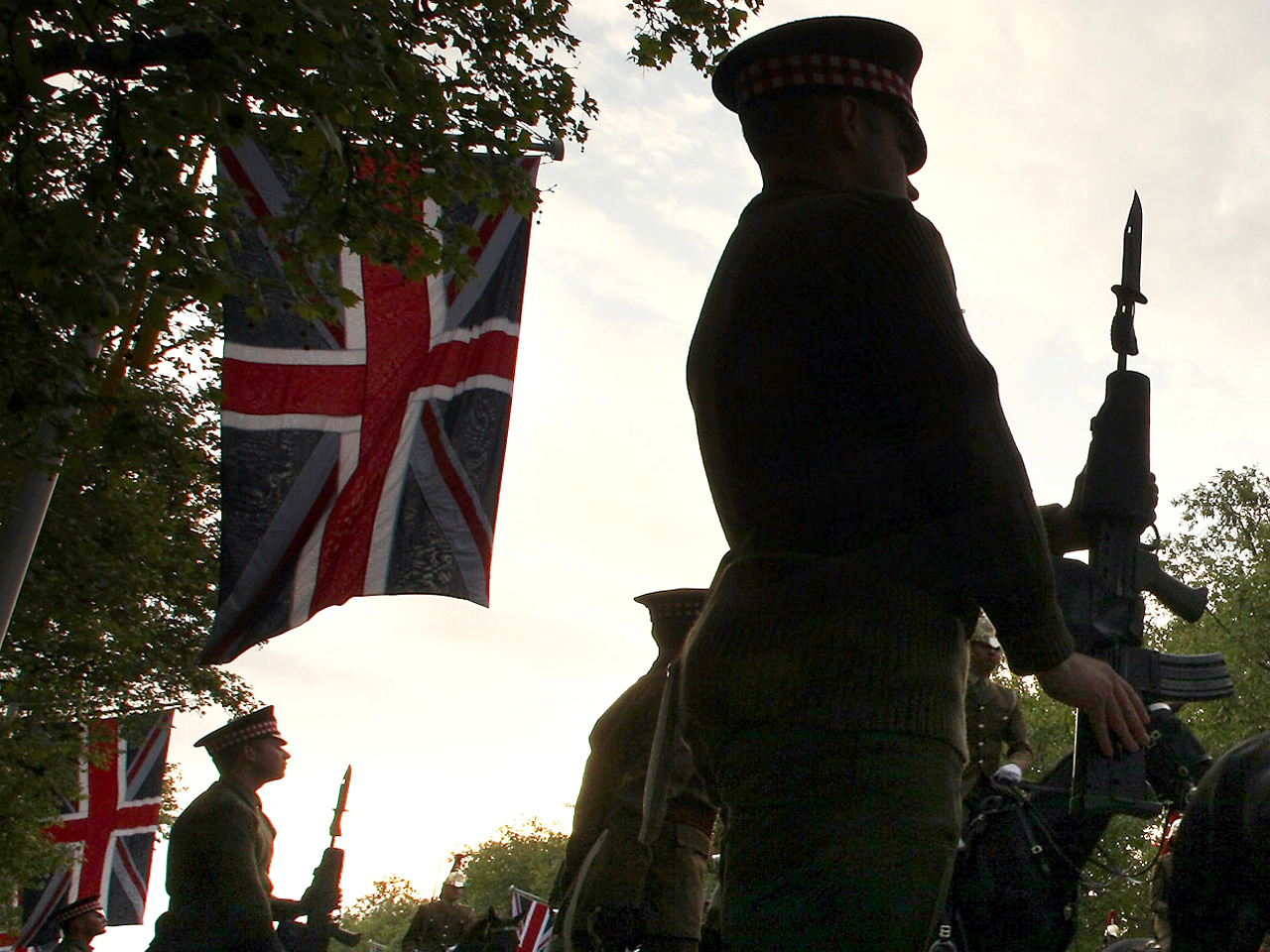 More than 1,000 servicemen and women in full uniform will line the procession route on wedding day.

Starting at about 5 a.m., the troops practiced and timed their roles to the second for Friday's celebrations -- but without the crowds expected on the day.

Mounted troops of the Household Cavalry escorted a horse-drawn carriage.

Some of those rehearsing, reports CBS News correspondent Charles D'Agata, served with Prince William in the Royal Navy. One, Lt. Jason Hannigan, said he was "over the moon" when he got a call to take part.

Tourists staking out sites along the route woke up to the sound of horses thudding and carriages rolling and were able to watch the show from the sidelines. The abbey is closed to visitors Wednesday and Thursday in preparation for the wedding

Organizers said the dress rehearsal went without a hitch

For nine speciallly selected horses, D'Agata says, it's the ultimate privilege. Chosen for their calm temperaments, they'll guard the royal carriage as it heads to Buckingham Palace.

But it's not all about pageantry and pomp. The horses and officers taking part in the procession also have the duty of keeping the royal couple and thousands of spectators safe.