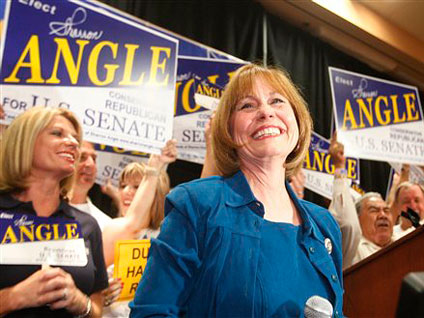 Powell partially confirmed claims by an Iranian opposition group that Tehran is deceiving the United Nations and is attempting to secretly continue activities meant to give it atomic arms by next year.

"I have seen intelligence which would corroborate what this dissident group is saying," Powell told reporters Wednesday as he traveled to the Asia-Pacific Economic Cooperation summit in Santiago. "And it should be of concern to all parties."

Powell said there is no evidence to suggest that Iran has developed the technology to make a nuclear weapon, but suggested that the regime is working to adapt missiles for nuclear warheads.

A senior official for the National Council for Resistance in Iran said Tuesday that a bomb diagram — along with an unspecified amount of weapons-grade uranium — was provided to Iran by Abdul Qadeer Khan, the disgraced former head of Pakistani's nuclear development which was tied to both Iran and Libya.

He said the designs were handed to the Iranians between 1994 and 1996, while Khan delivered HEU — highly enriched uranium — in 2001.

Banned in the United States as a terrorist organization, the group was instrumental in 2002 in revealing Iran's enrichment program in the central city of Natanz, based on what it said was information provided by sources in Iran.

The opposition group says a facility at Lavizan-Shian northeast of Tehran was part of a secret nuclear weapons program.

Powell declined comment on Khan, but said "for 20 years the Iranians have been trying to hide things from the international community."

Enrichment does not violate the Nuclear Nonproliferation Treaty but the International Atomic Energy Agency and most of its members want Iran to scrap enrichment plans as a confidence building measure.

Iran said Monday that it was suspending uranium enrichment and related activities briefly, voluntarily and in hopes of building confidence in the world that its nuclear ambitions are peaceful.

Foreign Ministry spokesman Hamid Reza Asefi told reporters the deal announced Sunday was "the best decision under the current circumstances." Iran faces the possibility of being slapped with U.N. Security Council sanctions for a program the United States and others says is aimed at building nuclear weapons.

That promise appears to meet demands from the U.N. atomic watchdog agency, an IAEA report said, but some suspicions remain about the nature of nearly two decades of clandestine nuclear programs.

The confidential report of the IAEA, made available to The Associated Press, said all nuclear material that Iran had declared to the agency in the past year has been accounted for "and therefore we can say that such material is not diverted to prohibited (weapons) activities."

But the report also said its author — IAEA head Mohamed ElBaradei — was "not yet in the position to conclude that there are no undeclared nuclear materials" that could have been used for a weapons program.