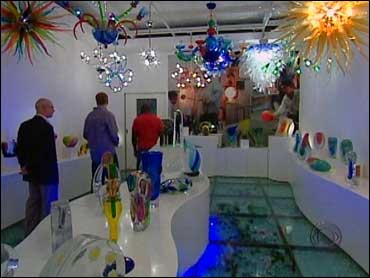 Secretary of State Colin Powell, set to visit the Mideast next week, has informed Yasser Arafat he is opposed to "targeted killings" of Palestinians, a strategy employed by Israel as part of its counterterrorism policy.

Powell informed the Palestinian leader of his position Wednesday after a Palestinian driver, who friends said was distraught over Arab casualties in weeks of Middle East violence, rammed his bus into a packed bus stop near Tel Aviv and killed seven Israeli soldiers and a civilian. It was the deadliest Palestinian attack in four years.

Violence has risen sharply since conservative Ariel Sharon defeated Ehud Barak in a landslide victory in the Feb. 6 vote for the premiership.

Barak will be caretaker prime minister until Sharon forms a government. Coalition talks were due to continue on Thursday between Sharon's right-wing Likud party and Barak's centre-left Labor Party.

During a 15-minute telephone call, Powell urged Arafat to try to curb the violence. Similar appeals are being made to Israel.

Arafat told Powell he had condemned "the killings, and the violence, and the bus attack that took place today," State Department spokesman Richard Boucher said.

Zalman Shoval, a former Israeli ambassador to Washington and one of three emissaries sent to Washington by Sharon said Israel would chose its methods of retaliating to terrorism.

Responding to Palestinian condemnation of "political assassinations," Shoval told reporters that "assassination is not the right word when you fight terrorism."

Later, Mark Regev, the Israeli Embassy spokesman, said his government finds it preferable to respond to terrorism by targeting a known terrorist than to exact "collective punishment" in which innocent people could be harmed.

Israel has killed several suspected militants in recent months. On Tuesday, two helicopter gunships struck at Massoud Ayyad, 54, an officer in Arafat's elite Force 17 bodyguard unit, as he drove on the outskirts of a Palestinian refugee camp on the Gaza Strip. Ayyad died as a missile blew his car apart, shattering windows up and down the street, and Barak congratulated the army for killing him.

On a visit to Turkey, Arafat said, based on available information about the bus incident outside Tel Aviv, "It was a road accident." The Palestinian leader said, however: "Whatever the cause, of course we are against the killing of people in whatever capacity."

"We are against all acts of violence, the military escalation and all acts of terrorism," he said.

President Bush, meanwhile, said he strongly condemned "the terrible act of violence" at the bus stop and said violence "needs to stop."

Bush did not take sides and said the United States would "continue to work with all parties to try to restore calm in the region."

Dore Gold, a former Israeli ambassador to the United Nations, said recent attacks on Israelis originate with the military arm of Fatah, the main body in Arafat's Palestine Liberation Organization, and with Force 17.

"These are not spontaneous acts of violence," Gold said after a half-hour meeting that he, Shoval and Moshe Arens, a former Israeli foreign and defense minister, held with Powell.

Warning that Israel would retaliate, Shoval said: "The Israeli government has a duty and right to protect itself against terrorism."

Arafat is capable of halting attacks on Israel, Shoval said. "The onus is really on Yasser Arafat, and hopefully he will live up to that challenge," he said.

© MMI Viacom Internet Services Inc. All Rights Reserved. This material may not be published, broadcast, rewritten, or redistributed. The Associated Press and Retuers Ltd. contributed to this report