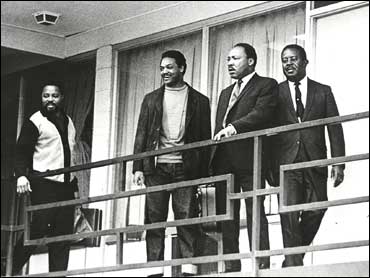 The Southern Christian Leadership Conference hopes to mobilize 50,000 people in the Mississippi Delta this summer in a campaign to draw attention to the poverty of a region where some Americans still live in homes with dirt floors and brown water flows from their faucets.

The effort is much like the one envisioned by the Rev. Martin Luther King Jr., who was planning a Poor People's Campaign and march on Washington before he was assassinated in 1968.

SCLC Interim President Byron Clay announced the initiative in an interview with The Associated Press on Tuesday. He said the efforts would be centered not on the nation's capital, but in towns along the soil-rich, resource-poor Delta region.

"We will bring this nation face to face with poverty," Clay said. "We are organizing poor people of all colors, to form the kind of beloved community that Martin Luther King Jr. talked about."

A report published earlier this year by Oxfam America found that residents in the Mississippi Delta are living in conditions similar to the world's poorest countries.

Clay said the SCLC will hold its Poor People's Campaign from June 19 to June 21, starting in Marks, Mississippi, and ending in Lambert, Mississippi. Clay said he will meet with leaders in Mississippi on Tuesday for a tour of the Delta region.

Clay said his respect and admiration for the founders of the SCLC - including King and the Rev. Ralph David Abernathy - is the foundation for his strategy for the organization, which was born in 1957, the same year as Clay.

Clay's father, the Rev. Arthur P. Clay, led the Louisiana SCLC. At 15, Clay became the youngest member of the organization's national board of directors.

Clay said his tenure as president will be temporary, and that he has no aspirations to be the permanent leader of the SCLC.

"I am not interested in promoting Byron Clay," he said. "I didn't ask for this position, I didn't seek it."

Clay said his aims include returning the SCLC to its Christian roots and recommitting the organization to King's ideals. He also plans to rebuild chapters and establish new ones, and said that the SCLC is still as relevant as ever, but must get back to its original mission.

"We can never afford to degenerate to a political or civic organization," he said. "The SCLC has the moral track record to bring forth reconciliation. The nation is ready for the SCLC to be restored to its stalwart role. The issues are there."

Clay cited the country's high unemployment rate, the housing crisis and racism as persisting challenges for the SCLC to address, and said that the organization would help the suffering regardless of their race.

"I am always moved when I see people whose lives are stuck in oppressive conditions," Clay said. "We are gathering leaders ... to give them an opportunity to see some of the Third World communities in America."