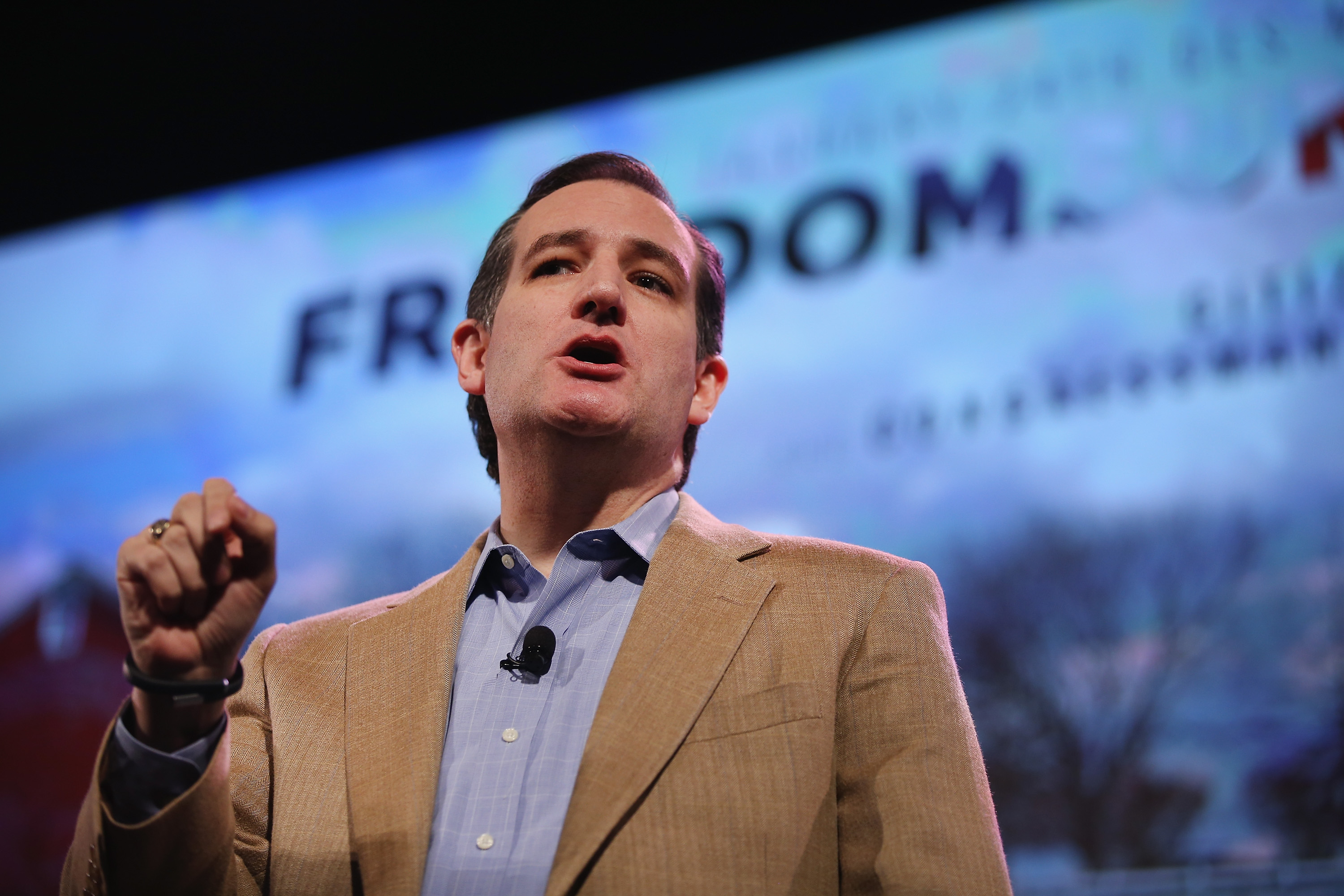 The potential Republican presidential candidates who addressed the Iowa Freedom Summit on Saturday sought to distinguish themselves from one another, jockeying for an early advantage in what will likely be a crowded primary field.

But many of them also fixed their sights beyond the primary on the woman many assume their party will face in the general election: Former Secretary of State Hillary Rodham Clinton.

Clinton, though she has not yet declared a candidacy, earned condemnation from many potential candidates who took the stage in Des Moines. Some tore into her record as the nation's top diplomat; others portrayed her as a member of the old guard, incapable of changing D.C. Many sought to tie her inextricably to President Obama, whom they deem a failure.

"Over the past six years, we have seen the fruits of the Obama-Clinton foreign policy of receding from leadership in the world," said Sen. Ted Cruz, R-Texas. "Leading from behind doesn't work."

Cruz said the threats the U.S. is facing today are "every bit as ominous" as those faced before World War II. He called for "clarity of thought and voice and action" as the U.S. responds to the threat posed by "radical Islamic terrorism."

In a clear nod to the Benghazi terror attacks, Palin asked how the powers-that-be "can protect our standing across the world when they can't even protect an ambassador?" She also played off former President Bill Clinton's famous "I feel your pain" line, asking, "What will they do to stop causing our pain and start feeling it again?"

"I'm ready for Hillary," Palin concluded as she held aloft a decal from the grassroots group by the same name dedicated to encouraging Clinton to run. "Are you?"

Former U.N. Ambassador John Bolton, citing the rise of extremists in Iraq and Syria, the nuclear negotiations with Iran and other global hot spots, concluded that Mr. Obama is out of his depth as president.

And Clinton, Bolton argued, is "no more up to the job than he was."

Former Hewlett-Packard CEO Carly Fiorina, who's made waves recently by teasing the possibility of a presidential bid, panned Clinton's globetrotting tenure at the State Department.

"Like Hillary Clinton, I too have travelled hundreds of thousands of miles around the globe. But unlike her, I have actually accomplished something," Fiorina said. "You see, Mrs. Clinton, flying is not an accomplishment, it is an activity."

"I have met Vladimir Putin and know that it takes far more more than a gimmicky red 'Reset' button to halt his ambition. Having done business in over 80 countries and having served as the Chairman of the External Advisory Board at the CIA, I know that China and North Korea are a state-sponsor of cyberwarfare. I know that China has a strategy to steal our intellectual property. I know Bibi Netanyahu and know that when he warns us that Iran is a threat to our nation and to his own, that we must listen," Fiorina said.

"And unlike Hillary Clinton, I know what difference it makes that our American ambassador and three other brave Americans were killed in a deliberate terrorist attack on the anniversary of 9-11 in Libya. And apparently unlike Hillary Clinton and Barack Obama, I know that our response must be more forceful that the arrest of a single individual a year later," Fiorina said.

Several other potential candidates offered 2016 pitches without explicitly referencing Clinton. Former Pennsylvania Sen. Rick Santorum, who won the Iowa caucuses in 2012, urged Republicans to ensure their platform is both "pro-growth" and "pro-worker."

"We need to be the party that goes out and says that we're for fiscal responsibility and balance budgets. All those things are right, but they're not enough," he said. "We need to be on the side of the American worker."

Former Texas Gov. Rick Perry touted his record in the Lone Star State as a blueprint for where America needs to go to accelerate its economic revival, lowering taxes and regulations and enacting tort reform.

He also stressed the need to secure the border, doling out blame for illegal immigration to both the Obama Administration and Congress.