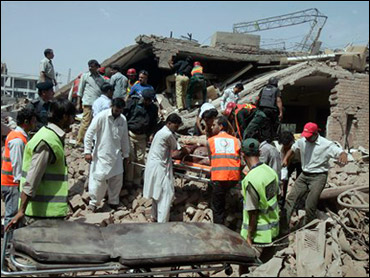 British researchers working in an East African village say a single dose of an antibiotic appears to stop infections that cause trachoma, the world's leading preventable cause of blindness.

After treating most of the village with azithromycin, the "prevalence and intensity of infection fell dramatically," said Anthony Soloman, the study's lead author.

The village remained virtually disease-free for two years, he said, suggesting that the method might work like a vaccine to break the infection cycle.

Details of the study appear in Thursday's issue of the New England Journal of Medicine.

Worldwide, trachoma infects 84 million people in 55 nations, blinding 7.6 million. Most are children and the women who care for them.

The disease has been eradicated in industrialized nations. But it persists in hot, dusty regions throughout Africa, southern Asia, Brazil, Mexico and aboriginal communities in Australia.

Left unchecked, 76 million people could go blind in the next 20 years, according to the World Health Organization in Geneva, Switzerland.

Trachoma is caused by the microorganism chlamydia trachomatis. It's spread through contact with eye discharge — by the fingers, handkerchiefs or even by flies.

Years of repeated infections scar the inside of the upper eyelid, eventually turning it inward. The eyelashes scratch the cornea, leading to blindness. A simple procedure performed by a nurse can correct the eyelid deformity. But without medication and clean water, people often are reinfected.

Physicians and aid workers agree that eradicating trachoma will require both drug therapy and infrastructure improvements. But the precise combination is uncertain.

In the field trial, researchers from the London School of Hygiene and Tropical Medicine found that 195 people in the Tanzanian village of Kahe Mpya were infected with trachoma.

Typically, physicians would treat only those people who were infected. Instead, the researchers provided a single oral dose of azithromycin to 916 villagers age 12 and over. That included most of those who were infected as well as hundreds of others who were at risk of infection.

Azithromycin is a long-acting antibiotic that has been widely sold in the United States and other industrialized nations since the late 1980s under the name Zithromax.

Another 39 villagers with advanced trachoma cases were treated more aggressively with an eye ointment containing a separate antibiotic.

Within two months, the researchers reported the infection rate in the village had dropped from 9.5 percent to 2.1 percent. By the end of two years it was 0.1 percent.

The results echo those from separate studies in Nepal in 2003 that indicated a dose of azithromycin worked better than longer-term treatment with other drugs.

Still, the Tanzanian and Nepalese villages had only moderate infection rates, cautions Silvio P. Mariotti of the WHO, who wrote a separate analysis for the medical journal. Studies in Ethiopia show single-dose therapy has not worked as well where the infection rate exceeds 80 percent.

There, twice-a-year doses of azithromycin might be needed, he said.

Also, the Tanzanian study did not compare antibiotics with other control methods, such as frequent hand and face-washing, or public works improvements.

Pfizer Inc., which makes azithromycin, plans to donate 143 million doses for use in 19 countries.