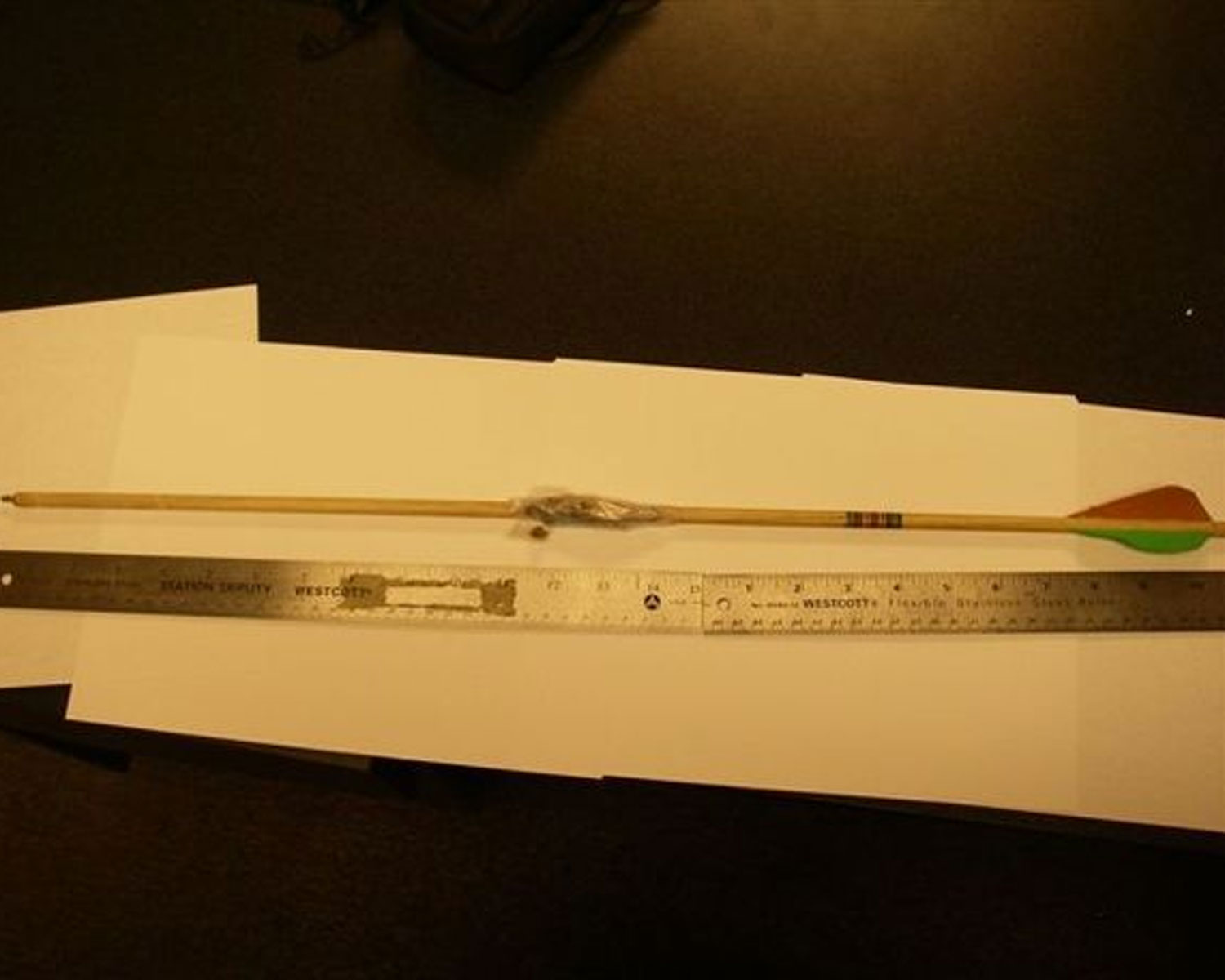 (CBS/AP) BELLINGHAM, Wash. - A man is accused of trying to get marijuana into a Washington state jail by attaching it to an arrow he shot onto the roof.

A Whatcom County sheriff's employee saw the man step out of his pickup truck Tuesday morning and use a bow to launch the arrow toward the jail's second-floor recreation area, but it missed its target.

The Bellingham Herald reports Jordan served 20 days in the jail earlier this month for assault and resisting arrest.

The sheriff says Jordan told deputies he had been aiming at a squirrel, but he couldn't explain why he needed to attach marijuana to the arrow to go squirrel hunting.

Maybe it was a flying squirrel?