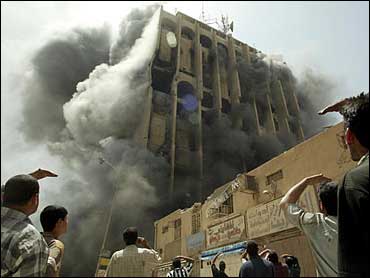 The new American civilian administrator for Iraq arrived Monday to take over the task of piecing the country back together amid a shake-up in key posts responsible for guiding Iraq toward democracy.

"It's a wonderful challenge to help the Iraqi people basically reclaim their country from a despotic regime," L. Paul Bremer said in a tarmac interview minutes after his plane landed in Basara.

Bremer will head a team that has made inroads to restore law and order and government functions, but still hasn't restored enough security or services to satisfy many Iraqis.

He said former U.S. ambassador Barbara Bodine, who was coordinator for central Iraq, including Baghdad, within the Office of Reconstruction and Humanitarian Assistance, was being reassigned back to Washington by the State Department "for their own reasons."

The New York Times, citing unidentified administration officials, reported in Monday's editions that four other officials under Garner were also expected to leave soon: Margaret Tutwiler, who had been head of communications; Tim Carney, who had been overseeing Iraq's Ministry of Industry and Minerals; David Dunford, a senior Middle East expert; and John Limbert, the ambassador to Mauritania.