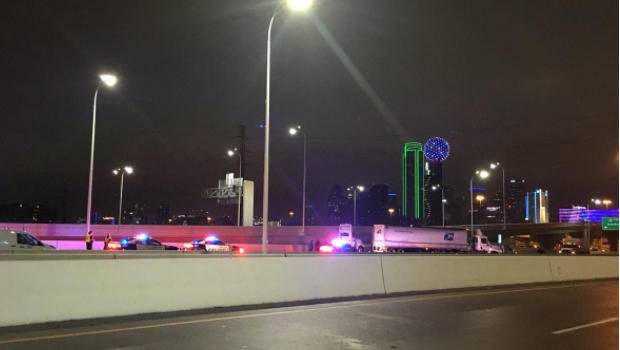 DALLAS -- A United States Postal Service truck driver was killed in a shooting early Monday morning along Interstate 30 in Dallas, reports the CBS station here. A postal service worker told the station the driver of the USPS big rig died at the scene. His rig crashed into a guardrail after he was hit.

Two other postal service trucks pulled up shortly after the shooting.

It wasn't known if the victim was targeted or was just in the wrong place at the wrong time.

A traffic camera in the area shows the USPS big rig and two Postal Service box trucks at the scene.

The Dallas County Medical Examiner was called to the scene.