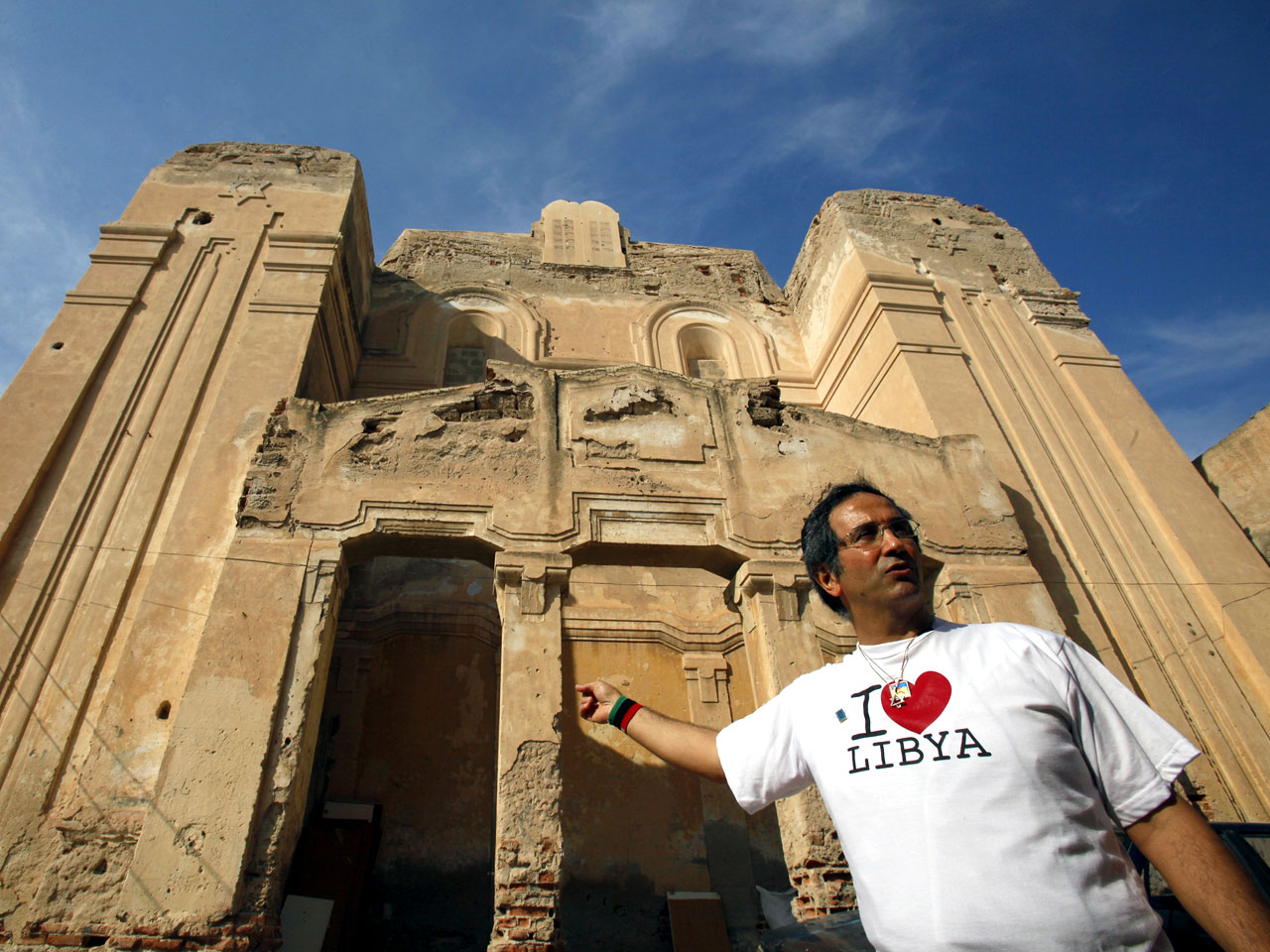 The history of Jews in Libya stretches back 2,300 years, but about 40 years ago, former dictator Muammar Qaddafi kicked them all out, and demonized Israel and Judaism to further his populist support.

The legacy of that policy apparently is stronger than most Libyans' hatred for Qaddafi's ways, as an exiled Libyan Jew who helped the rebels overthrow Qaddafi has been forced to leave the country again after an angry mob demanded it.

David Gerbi, a 56-year-old psychoanalyst living in Italy, was referred to by many as the "revolutionary Jew." He returned to his homeland after a 44-year exile recently, and wanted to restore Tripoli's long-abandoned main synagogue. The day he knocked down a wall blocking its entrance, he said a prayer and cried, according to the Associated Press.

Gerbi said all he wanted was dialogue, but apparently even that is too much to ask a population still seething with resentment for all things Jew.

First, Gerbi was blocked from continuing his restoration efforts by men who claimed violence would ensue if he kept trying, according to the AP. Gerbi said at the time that Libya needed to decide if it would be a racist or a democratic society.

Then, on the eve of Yom Kippur this year, an angry mob of a few hundred gathered at the hotel where Gerbi was staying, according to the Jerusalem Post. News of his synagogue-restoration efforts had spread, and they wanted him deported, carrying signs that read things like "There is no place for the Jews in Libya," and "We don't have a place for Zionism."

The crowd then tried to surge into the hotel but were rebuffed after a talking-to by a rebel commander.

"This incident has served to expose the dangerous reality simmering beneath the surface," Gerbi told the Post. "I want to contribute to, not obstruct, the building of a new democratic and pluralistic Libya. It is sad and absurd that my mere presence in Libya should set off so much hostility and I regret this."

On Sunday, to help cool the anger, Gerbi said he was returning to Italy.

"What happened reveals the extent of Gaddafi's anti-Semitic conditioning of an entire generation, those in their forties and fifties. Forty-two years of lies, of hate propaganda falsely accusing Jews of having been paid off to abandon the country in 1967, of having robbed Palestinians of their homes and of planning to colonize Libya," Gerbi told the Post.

Gerbi said he will continue to work on opening a dialogue with the country's leaders, and ensure a place for all of Libya's minorities in its future.