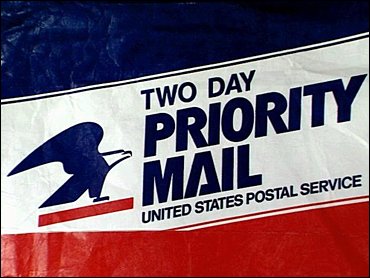 (AP)
President Obama at a recent town hall meeting picked on the U.S. Postal Service for not being able to keep up with its private competitors -- and representatives of the post office are not too thrilled at becoming the target of the president's mockery.

A union representing postal supervisors, managers and postmasters sent a letter to the White House late last week, the Washington Post reports, asking Mr. Obama to reconsider some recent comments he made comparing the Postal Service with UPS and FedEx.

The president has invoked the Postal Service to prove that a government-run program will not necessarily drive private competitors out of business -- a common argument against a government-run health insurance plan.

"I mean, if you think about it, UPS and FedEx are doing just fine, right? No, they are," Mr. Obama said at a recent town hall meeting in New Hampshire. "It's the post office that's always having problems."

In the letter, National Association of Postal Supervisors President Ted Keating reportedly said there was "collective disappointment that you chose the Postal Service as a scapegoat and an example of inefficiency."

"Your negative references to the Postal Service without knowledge of the facts was a disservice not only to the members of our organization, but to all postal employees," he wrote.

A recent government report showed that the postal service could face a nearly $7 billion loss this fiscal year, even after a recent 2-cent increase in the price of stamps. The Postal Service's problems, according to the report, stem from a nationwide shift to e-mail.

"I doubt he's seen that letter, and I don't have any reason to believe he regrets (what he said), since he repeated it," Gibbs said.

Gibbs also made the comparison on Sunday when speaking about health care reform on CBS' "Face the Nation.".

"I don't think (President Obama) was saying that what we were going to do is create the postal service for health care," he said.