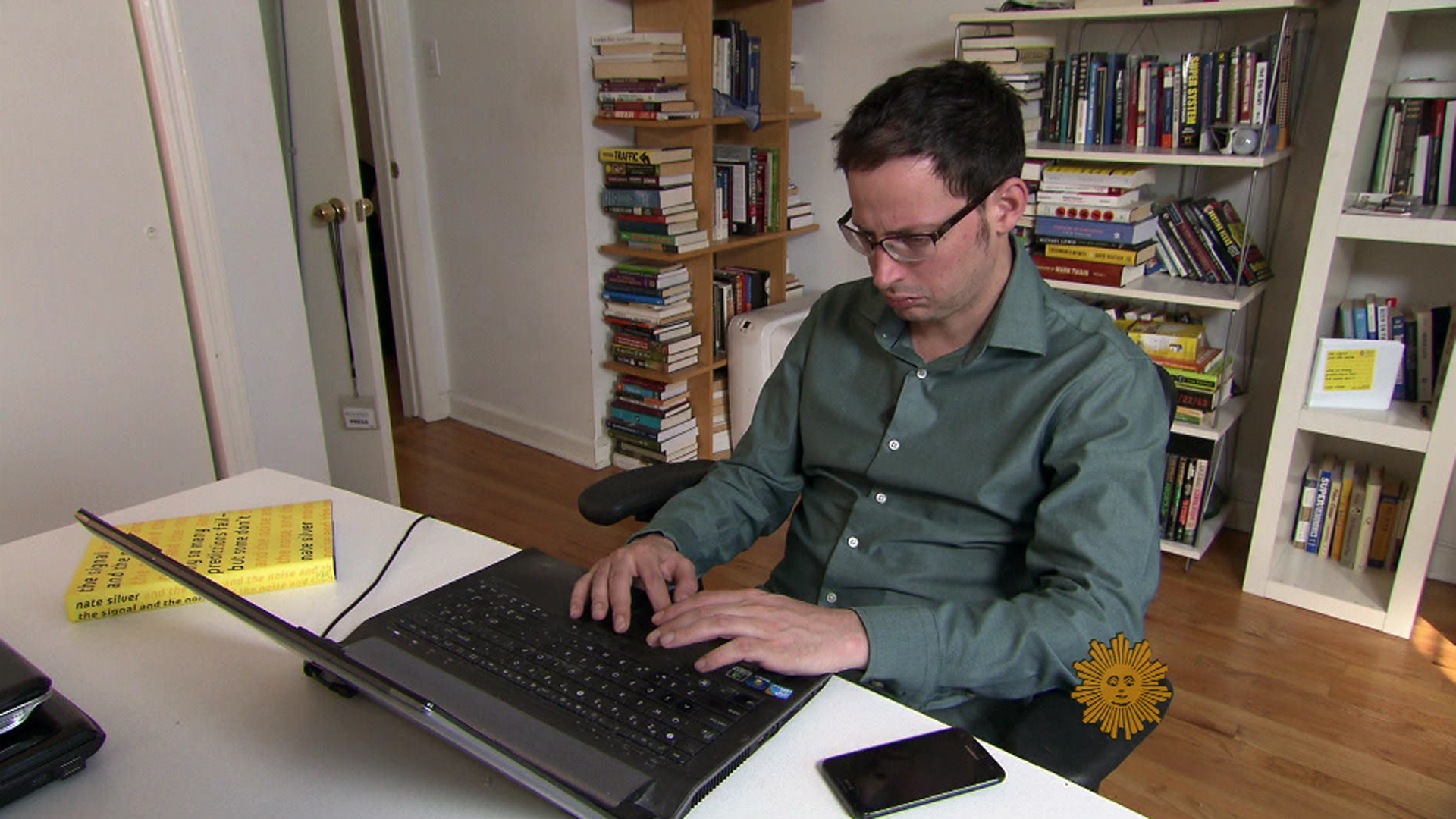 Nate Silver, the New York Times prognosticator who became something of a controversial figure in the final days of the 2012 presidential campaign, has seen an 850 percent spike of his book sales since nailing his electoral predictions yesterday, according to CNN Money.

The book, "The Signal and the Noise: Why So Many Predictions Fail-but Some Don't," is currently the number two bestseller book on Amazon.com, behind only the children's book "Diary of a Wimpy Kid: The Third Wheel."

Silver writes the blog FiveThirtyEight for the New York Times, and he, in addition to a number of other pundits, appears to have correctly predicted which states would go for President Obama and which would go for Romney in last night's contest. (The winner in Florida has not yet been called.) But in the days leading up to the campaign, his blog, on which he predicted the odds of an Obama victory at over 90 percent, took on a uniquely polarizing status: The right targeted Silver as a liberal apologist who favored skewed polls; the left, meanwhile, revered him as a purveyor of data-driven rationality - particularly in the days following Mr. Obama's widely panned first debate performance, during which Silver continued to bet on an Obama victory.

Amid backlash over his popularity, and the inevitable backlash to that backlash, Silver engaged on Twitter with his detractors, attempting to bet Sandy relief money with MSNBC's Joe Scarborough before being rebuked by the Times public editor in the pages of the paper.

He later backtracked on that bet, donated $2,538 to the Red Cross, and has since taken a somewhat more circumspect approach on Twitter in recent days. After disproving those who doubted his approach, however, he did pause for a moment of self-promotion: "This is probably a good time to link to my book," he wrote on Twitter. Apparently, he was right.