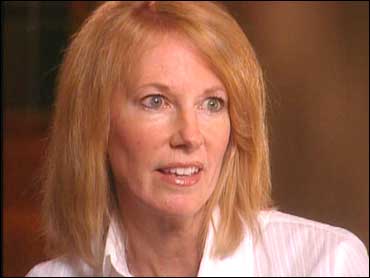 A renewed investigation into the disappearance of an American teenager in Aruba has revived her family's hopes of a resolution — two years after the case triggered a wave of false leads, fruitless searches and widespread publicity.

Natalee Holloway of Mountain Brook, Ala., was last seen in public leaving a bar with three local men on May 30, 2005, hours before she was scheduled to board a plane home with high school classmates celebrating their graduation on the Dutch Caribbean island. She was 18 at the time.

Police have not disclosed why they recently visited the homes of the three young men who were the last people seen in public with her, but the flurry of activity after months of silence suggests authorities have not given up on finding her.

The three men — Dutch teen Joran van der Sloot and two Surinamese brothers, Satish and Deepak Kalpoe — were among the first of at least 10 people detained and released in the case. They have never been formally cleared as suspects, authorities said.

All three, who have denied any role in the disappearance, returned to the spotlight after prosecutors in Aruba said a review of the case by Dutch officials found "indications" that authorities should take another look at their homes.

A team of about 20 Dutch forensic experts dug outside the home of van der Sloot's family for two days in late April, and earlier this month Dutch and Aruban authorities conducted an "inspection" of the property where the Kalpoe brothers live with their parents.

The missing girl's father, Dave Holloway, called the renewed activity "a move in the right direction."

He said a search of the van der Sloot property in the opening days of the investigation was restricted to the apartment where Joran lived before leaving to attend college in the Netherlands, and that the Kalpoe home had never been properly searched.

The father said he does not plan any activities Wednesday to mark the two-year anniversary of his daughter's disappearance because the investigation is still open.

"We'll remember it's been two years, but we still don't have Natalee," he said in an interview from his hometown of Meridian, Miss. "You start memorializing that day and you lose focus that you're trying to resolve what happened."

No criminal charges have been brought in the case.

A spokeswoman for the prosecutors' office, Vivian van der Biezen, told The Associated Press the case had been exempted from a two-year limit on filing charges because of the ongoing investigation.

"The person has disappeared and up until today, there is no sign of her even though rewards have been posted for any information on her whereabouts," van der Biezen said.

Aruba's prime minister has acknowledged mistakes at the start of the investigation. Islandwide searches involving hundreds of volunteers, Dutch troops, and FBI agents have not turned up any trace of Holloway.

Negative publicity from the case may have been a factor in a decline in tourism last year on the island of white sand beaches off the coast of Venezuela, said Gina Lopez, a spokeswoman for the Aruba Tourism Authority. She said the island of 70,000 people wants the case resolved soon.

"What we want is to find what happened for the parents ... and for the community to say we've done all we can," she said. "The island feels we did what we could do."

The Dutch forensic team has left Aruba, but van der Biezen said some authorities from the Netherlands remain on the island to work with Aruba investigators.