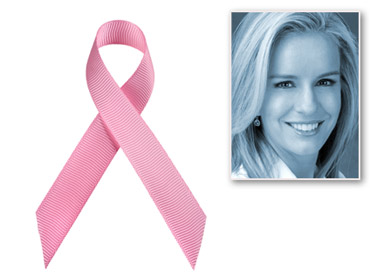 There's an exciting prospect for breast reconstruction for women.

"A patient's own fat and stem cells are combined in the lab," Ashton told co-anchor Erica Hill, "growth factors are added. It's then injected into a biodegradable chamber in the breast. A blood supply is attached to feed these cells, and in about six-to-twelve months, that tissue then creates the form and shape of a breast."

Stem cells, Ashton pointed out, are "found in a variety of sources. They can be found in embryos. They can also be found in umbilical cord blood, and in our own bone barrow. What makes them so powerful is these are naive cells that can then go on to become almost anything, and that's what's so important."

"You're essentially training them to turn into breast cells," Hill observed.

"Prior to this," Hill said, "most women, if they were going to have reconstructive surgery, it would involve something with an implant. This is a little bit different. It sounds great, but part of it sounds almost too good to be true."

"Correct," Ashton agreed. "And there are always caveats. One important thing here is a lot of women, unfortunately, aren't even offered options about reconstruction. So this really needs to reopen that dialogue.

"In terms of the drawbacks, we spoke to two experts yesterday, and they told me the big concern here is that, as this tissue and this fat cell is being stimulated with growth factors to grow and develop, the concern is that you don't re-stimulate the cancer cells.

"Right now, in this country, this is not FDA (Food and Drug Administration)-approved. There are no clinical trials going on yet. But these experts with whom I spoke yesterday are very hopeful that, in the next five years, we can see this being done in this country.

" ... It's (the procedure involving stem cells and fat) being done right now in various countries, including this one, for cosmetic reasons (though, again, it's not FDA-approved). Also important for women with breast cancer: Sometimes they have that cancer removed with a little lumpectomy. That also can create a cosmetic defect. So there are multiple applications for this procedure."

"So this," Hill asked, "would be for someone who maybe didn't have a full mastectomy or double mastectomy, but just a small portion of the breast (removed), it could re-grow that area?"