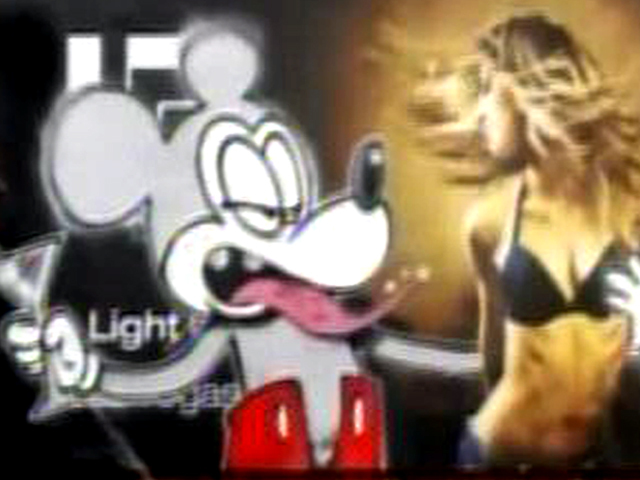 (CBS/AP) Britain's celebrity street artist Banksy is thought to be behind a billboard in Los Angeles, Calif., depicting a drunken Mickey Mouse grabbing a model's breast.

If it's real, it could be extremely valuable.

Workers for CBS billboards took the drawing down causing a profanity-laced shouting match with the sign property owner.

The confrontation was caught on tape.

Police were called in to mediate and eventually the billboard workers were allowed to leave with the drawing.

Several examples of graffiti bearing the hallmarks of Banksy style and humor have turned up in recent days.

It seems the subversive Briton may be waging an unorthodox award campaign on the walls and billboards of Los Angeles just as the first film about Banksy, "Exit Through the Gift Shop," is up for an Oscar.

Representatives of Banksy, whose identity has been kept unknown to the public, could not immediately be reached for comment.