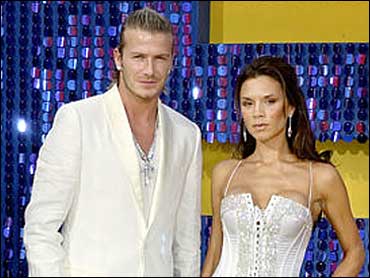 The trial of five men accused of plotting to kidnap Spice Girl Posh Spice collapsed Monday after prosecutors ruled the evidence of a key witness was unreliable.

The men, four Romanians and one Kosovo Albanian, were accused of conspiring to kidnap Victoria Beckham, who is married to soccer star David Beckham, on or before Nov. 2, 2002.

The men were charged after a story about the alleged plot appeared in the News of the World tabloid newspaper.

The Crown Prosecution Service said Monday it had decided not to pursue the case at Middlesex Guildhall Crown Court, central London. The prosecutors said evidence from a 27-year-old Kosovar parking attendant was unreliable because he was paid by the newspaper.

The informant was identified as Florim Gashi, a convicted criminal who received $16,000 from the newspaper, according to evidence given in court.

Prosecutor Brian Altman told the court the Beckhams had been informed of the decision not to pursue the case further.

The Beckhams are among Britain's biggest celebrities. The alleged kidnap plot was front-page news when it was uncovered last year.