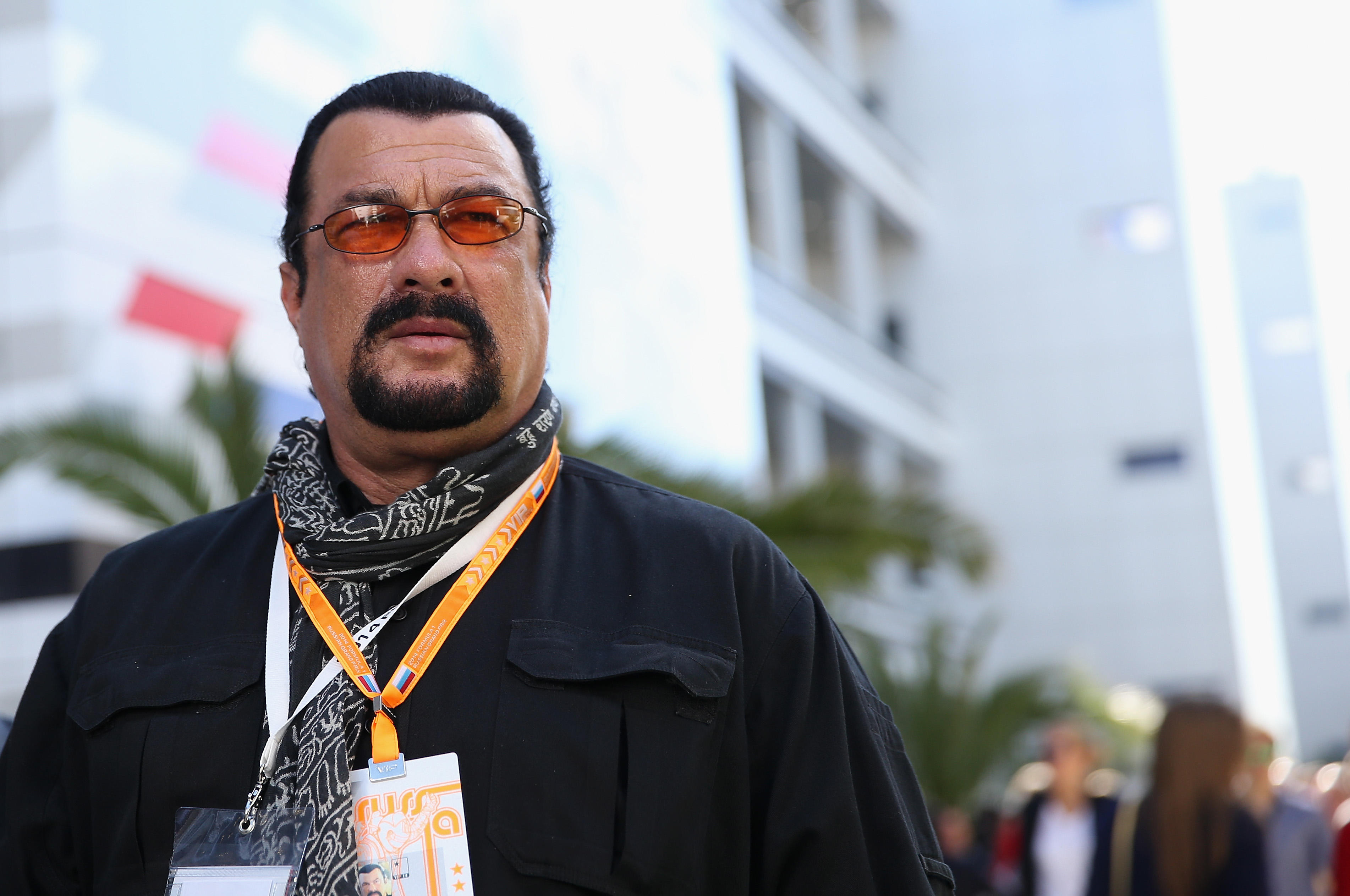 Portia DeRossi is the latest woman to accuse Steven Seagal of sexual harassment. She wrote on Twitter that the martial arts film star exposed himself during an audition.

On Wednesday, the "Arrested Development" star tweeted, "My final audition for a Steven Segal movie took place in his office. He told me how important it was to have chemistry off-screen as he sat me down and unzipped his leather pants. I ran out and called my agent. Unfazed, she replied, 'well, I didn't know if he was your type.'"

Ellen DeGeneres retweeted the story and wrote, "I'm proud of my wife."

On Friday, Julianna Margulies claimed she once narrowly escaped a frightening encounter with Seagal. She said on SiriusXM's "Just Jenny" that when she was 23, a female casting director called her and asked her to come meet Seagal in his hotel room in the evening and assured her she would be there. When Margulies arrived, only Seagal was in the hotel room and he showed her that he had a gun.

Margulies said, "And he made sure that I saw his gun, which I had never seen a gun in real life. And I got out of there unscathed." She did not elaborate on Seagal's actions but said the night was "horrific" for her.

In October, "Inside Edition" correspondent Lisa Guerrero told Newsweek that in 1996, she went to Seagal's home to audition for a role in "Fire Down Below." She went with a female casting associate. He greeted her in just a silk robe, but Guerrero felt that the audition went well. She said afterward, she was told she got the part, but had to return to Seagal's home for a "private rehearsal." She declined and she lost the role, instead getting a bit part.

Jenny McCarthy also told People that in 1998, Seagal asked her to show him her breasts during an audition. She said he claimed the movie called for "off-camera nudity."

"I paused, I looked up at him, went from shocked to sadness, my eyes filled with water and I yelled, 'Go buy my Playboy video — it's on sale for $19.99' and just took off," she said. McCarthy said Seagal followed her to her car and told her not to tell anyone, "or else."