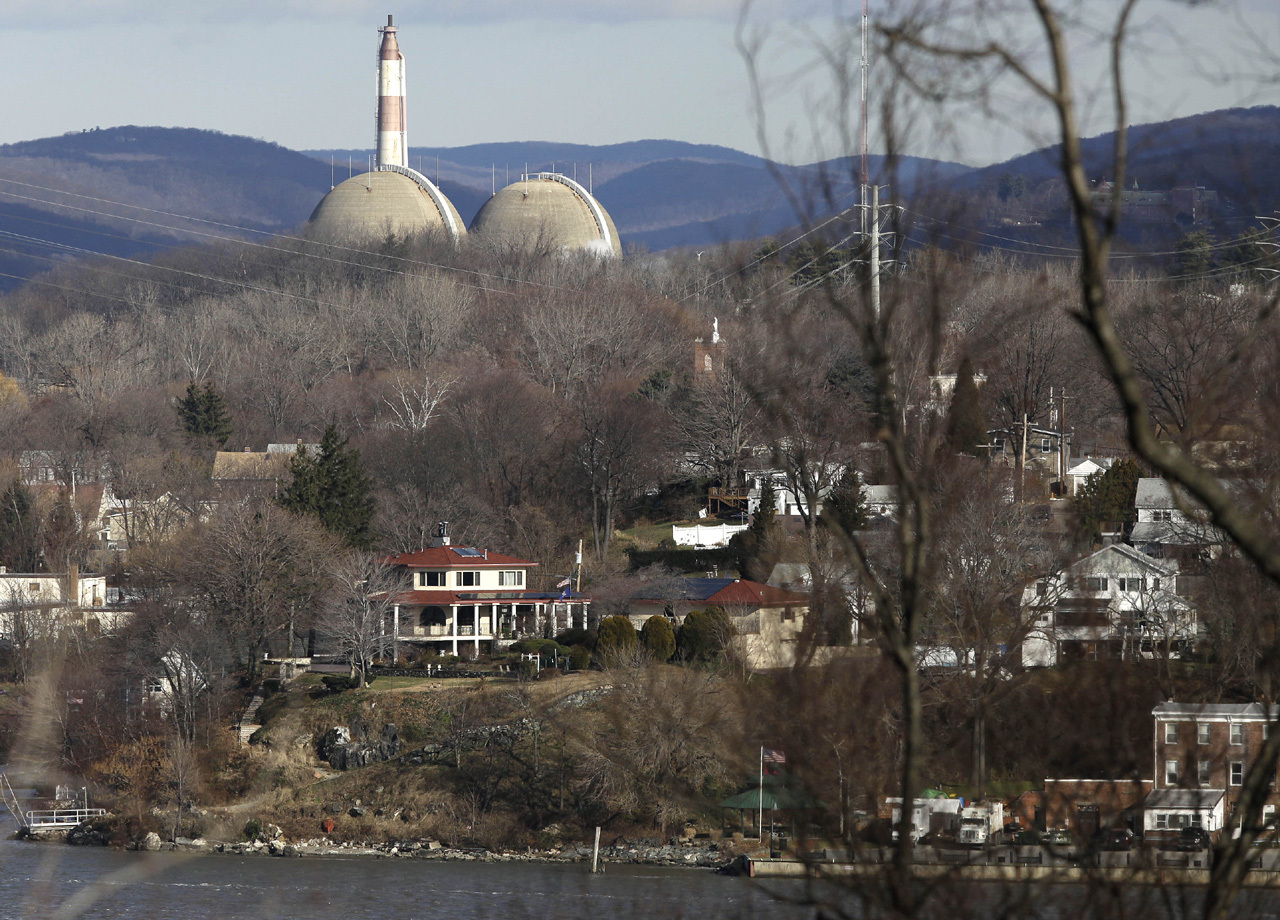 BUCHANAN, N.Y. — As America's nuclear power plants have aged, the once-rural areas around them have become far more crowded and much more difficult to evacuate. Yet government and industry have paid little heed, even as plants are running at higher power and posing more danger in the event of an accident, an Associated Press investigation has found.

Populations around the facilities have swelled as much as 4½ times since 1980, a computer-assisted population analysis shows.

But some estimates of evacuation times have not been updated in decades, even as the population has increased more than ever imagined. Emergency plans would direct residents to flee on antiquated, two-lane roads that clog hopelessly at rush hour.

And evacuation zones have remained frozen at a 10-mile radius from each plant since they were set in 1978 — despite all that has happened since, including the accidents at Three Mile Island, Chernobyl and Fukushima Dai-ichi in Japan.

Meanwhile, the dangers have increased.

More than 90 of the nation's 104 operating reactors have been allowed to run at higher power levels for many years, raising the radiation risk in a major accident. In an ongoing investigative series, the AP has reported that aging plants, their lives extended by industry and regulators, are prone to breakdowns that could lead to accidents.

And because the federal government has failed to find a location for permanent storage of spent fuel, thousands of tons of highly radioactive used reactor rods are kept in pools onsite — and more is stored there all the time.

These mounting risks, though, have not resulted in more vigilant preparations for possible accidents.

The AP found serious weaknesses in plans for evacuations around the plants, including emergency drills that do not move people and fail to test different scenarios involving the weather or the time of day.

Some plans are merely on checklists, and never have been tested. In drills, responders typically go to command centers and not to their emergency posts. There is no federal requirement for how fast an evacuation must be carried out.

And disaster planners from the U.S. Nuclear Regulatory Commission and the Federal Emergency Management Agency have made dubious assumptions about the public response to a major accident. They insist, for example, that people who are not called upon to evacuate will stay put; they're now saying that they might under some circumstances tell residents to hunker down at home even in the 10-mile evacuation zone, and they believe people will do it.

That advice flies in the face of decades of science and policy, millions of dollars in planning and preparations — and common sense.

The advice also conflicts with what U.S. officials told Americans in Japan in March, when an earthquake and tsunami knocked out power to Fukushima and melted fuel in three of its six nuclear reactors.

Japanese officials ordered those living within 12 miles of the site to leave. The U.S. government's advice to its citizens? If you're within 50 miles, you should evacuate. And NRC Chairman Gregory Jaczko insisted that this was nothing more than what would be recommended in a similar situation at home.

In fact, under rules in force for more than 30 years, U.S. communities must by law prepare federally reviewed evacuation plans only for those living within 10 miles of a plant.

Those living within 50 miles are covered only by an "emergency ingestion zone," where states are required to make plans to ban contaminated food and water — but not evacuate.

After a May 10 tour at the Indian Point nuclear complex, where two reactors operate just 25 miles from New York City's northern border, Jaczko said the 10-mile rule was merely a "planning standard." He said decisions on what to do in the "unlikely event" of an accident would be based on circumstances. "So if we needed to take action beyond 10 miles, that's certainly what would be recommended."

If a 50-mile order were ever issued for Indian Point, it would take in about 17.3 million people — 6 percent of all Americans, according to an AP population analysis. That would include parts of New Jersey and Connecticut and all of New York City, except for a chunk of Staten Island. (See map, left, from the N.Y. State Attorney General's Office.)

Such a mass exodus would be an "enormous challenge" — and a historic feat, said Kelly McKinney, New York City's deputy commissioner of preparedness.

When reactors were being built, starting in the 1960s, they were generally kept away from population centers. Their remote locations were viewed as a fundamental safety feature — protection aimed at "reducing potential doses and property damage in the event of a severe accident," according to federal guidelines.

However, over the decades, millions of newcomers have transformed tranquil woodland or shoreline into buzzing suburbs and bedroom communities.

The AP gathered four sets of population data starting in 1980 through 2010 and used mapping software to calculate growth as part of a yearlong investigation of aging issues at nuclear power plants.

Last week, the AP reported that federal regulators, working in concert with industry, have repeatedly weakened or failed to enforce safety standards so old reactors can keep operating. The records review included tens of thousands of pages of government and industry studies, test results, inspection reports and regulatory policy statements.

The AP found in its population analysis that over the decades, plant operators and federal regulators have given surprisingly little thought to nearby population growth.

Officials calculate plant safety margins without considering whether an accident would expose 10,000 or 100,000 people to radiation sickness and cancer. And federal regulators have set no limit for how long evacuations may take for given conditions and locations.

The NRC and FEMA acknowledge that radiation releases can happen within a half hour of an accident. Yet a 2004 study for Indian Point estimated total evacuation time from the 10-mile zone, in the snow that is common during local winters, would take 12 hours.

The federal government has not even required population updates for the evacuation zones, though that would change under a proposal expected to be adopted later this year.

The AP analysis also shows that:

The geography and population around Indian Point have always been a challenge for emergency planners.

Homes and businesses dot hillsides sloping to the eastern shore of the Hudson River. Along its bank, a curvy, two-lane main artery meanders through quaint town centers. At rush hour, the roadway crawls with idling cars. Choke points are everywhere: the narrow Bear Mountain Bridge just north of the plant; the Route 202 slog through old Peekskill; and the Tappan Zee Bridge, which acts as the major river crossing to the south, beyond the 10-mile evacuation zone.

A potential destination for many evacuees, the bridge often backs up with traffic for miles during the morning and evening commutes.

Though modest population growth of 32 percent within 10 miles of Indian Point has mirrored the nation's increase as a whole between 1980 and 2010, more people live within this evacuation zone than any other in the country: 268,906, according to the AP analysis.

Population density isn't the only concern. A 2008 Columbia University study discovered a seismic fault line near Indian Point, where another earthquake-prone zone was already known to exist. Yet a steel liner designed to be earthquake-proof has been leaking at the site since 1973.

Given the local topography — natural and man-made — a quick evacuation would be a challenge.

But when a possible 50-mile evacuation is brought into the equation, the prospect is truly daunting.

In some accidents, New Yorkers would presumably head west to New Jersey using the George Washington Bridge, the Lincoln Tunnel and the Holland Tunnel — passageways that are rarely light on traffic.

Indian Point's lead community evacuation planner, Anthony Sutton, at the Westchester County Department of Emergency Services, acknowledged that area roads couldn't handle the traffic surge from a full-scale nuclear emergency. "I think in a perfect world, we'd all like to see the place in a different location, with all the challenges of evacuating the public around it," he said.

John Curry, Indian Point's emergency director, said he believes people can evacuate from the 10-mile zone. But he acknowledges the depth of public skepticism: "It's very difficult, and I don't know how to make them feel any better."

Indian Point is a special case, but it should be noted that two dozen of the nuclear sites along the East Coast are within 50 miles of New York, Boston, Washington, Baltimore or Richmond, Va.

For the present, there is the relatively new and sparsely publicized concession to escalating populations and roads that haven't been upgraded or widened in decades. It's called "sheltering" — if people stay put, maybe they can evacuate later, after the first wave of people has left.

A 2007 Sandia National Laboratories report said excess radiation doses could be reduced if residents simply hunkered down in their homes. However, the report acknowledged that "some contamination and radiation will enter most shelters."

Then, sending another mixed message that could prompt unofficial evacuations, the report continued: If quick evacuation is possible, leaving is "always the most appropriate recommendation."

Today, government regulators verify emergency preparedness of communities essentially by checklists, not by standards for what plans must accomplish. They require that communities show the elements of a good plan, but not that the plan is effective.

For example, evacuation time estimates are required, but there is no standard for how quickly people must be able to leave. Regulators say the estimates will help planners make decisions in a real accident, even in the absence of a standard.

Jim Kish, a FEMA administrator who focuses on emergency preparedness, said in an interview that a standard would put communities in an undesirable "planning box."

"I think the NRC wants to make sure that the evacuation side of things doesn't make plants have to close, even if the population grows quickly," said Richard Webster, an environmental lawyer who unsuccessfully fought the relicensing petition at the Oyster Creek reactor in Lacey Township, N.J.

More broadly, the government seems careful to avoid anything fully binding in its planning requirements. It sets a supposed standard that people within 10 miles must be notified of an accident within 45 minutes. But NRC rules also say that's not a guarantee early notification can be provided for everyone.

During an emergency at Oyster Creek, many would be forced to leave in the same direction, away from the Atlantic Ocean, along a highway that a pro-nuclear state senator has called "a two-lane cow path."

Helen Henderson, who lives three miles from the reactor, is among the doubters. She said she repeatedly ignored the forms sent home by her children's school certifying that she has read and agrees with the Oyster Creek emergency plan.

Tired of the stream of reminders sent her way, Henderson said she finally wrote back: "Refuse to sign. Evacuation plan will not work."