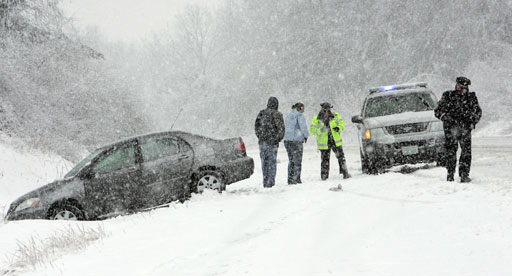 Popularity may be hazardous to a preteen's health, according to a new study that shows popular preteens are more likely to start smoking at an early age than their less popular peers.

Researchers say preteens may believe that being the first in their class to experiment with smoking will keep them popular.

Meanwhile, preteens who feel isolated in their own class may also be more likely to smoke, perhaps due to developing friendships with older teenagers who smoke.

In the study, researchers surveyed nearly 1,500 students in Southern California middle schools during their sixth and again in their seventh grade year and asked them if they had ever taken a puff of a cigarette or smoked a whole cigarette and whether they would consider smoking in the future.

Researchers measured the participant's popularity by the number of times the student was named as a friend by others in his or her class.

The results showed that most of the preteens surveyed did not smoke (10 percent smoked as sixth graders and 16 percent as seventh graders). But the likelihood of starting smoking was strongly influenced by peer pressure among the most and least popular students.

"In the year between the two surveys, we found that the popular students became more susceptible to smoking than their peers and were more likely to actually smoke than their peers," researcher Thomas W. Valente, PhD, associate professor of preventive medicine at the Keck School of Medicine at the University of Southern California, says in a news release. "The association existed across ethnicities and genders but was strongest for nonwhite boys."

Researchers say popular students tend to be trendsetters and model behaviors that others strive to emulate, which could prompt smoking to spread more rapidly among preteens.

The study also showed that students who named fewer friends in their class were also more likely to smoke. Researchers say this could be a function of having more friends outside the classroom or outside school who may be more likely to be smokers.

They say preteens who feel isolated in class may also feel the need to be connected to older friends who are more likely to smoke.

The study appears in the Journal of Adolescent Health. Researchers caution that the students in the schools studied were largely Latino and Asian-American and more research is needed to determine if these findings apply to preteens in general.