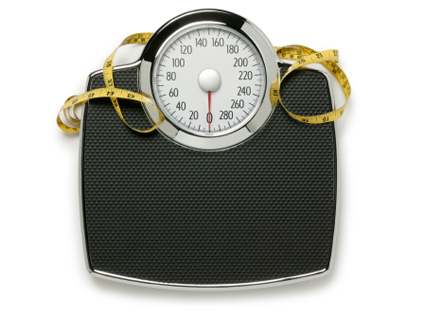 The "Dukan Diet" has sparked a craze in France and elsewhere, and is about to hit the U.S.

It promises no hunger or calorie counting, instant weight loss, and lifelong maintenance.

Even Kate Middleton and her mother are said to be using it to try to slim down for the royal wedding.

The American edition of the Dukan Diet book debuts next month, and some critics are already taking aim at the eating plan.

"It's a high protein, low carb, very restrictive diet," registered dietician Keri Glassman explained on "The Early Show on Saturday Morning." "The star players of this diet are lean protein, oat bran, and water. And ultimately, it promises that you can eat whatever you want.

"It's very similar to (the) Atkins (diet), except it focuses on lean protein, and you are not allowed to have the fat. But similar to Atkins, it also warns us, constipation, fatigue, and bad breath."

"The French government," she pointed out, "has named it potentially imbalanced and risky. And the British Dietetic Association has named it one of five of the worst diets of 2011."

"The Attack Phase, you are on for one-to-ten days, and you're supposed to lose up to 14 pounds. Basically, you eat all the lean protein you want, 1.5 tablespoons of oat bran a day and a whole lot of water. And that's it.

"Then you go into the Cruise Phase. And you are on the Cruise Phase for as long as it takes to get to your goal weight. And you're supposed to lose about two pounds a week in the Cruise Phase. It's not much different from the Attack Phase, so it's really restrictive. You eat as much lean protein as you want. Just (as in) the Attack phase. You have two tablespoons of oat bran. So you get a little more oat bran. And then you have as many non-starchy vegetables (as you want) every-other day. So not even every day do you get vegetables."

Next comes the Consolidation Phase. "Here," Glassman said sarcastically, "it gets a little more exciting. In the Consolidation Phase you are on this phase for five days for every pound that you've already lost. And again, you focus on all lean protein. You go up to 2.5 tablespoons of oat bran a day. You eat those non-starchy vegetables as much as you want, every day. And then, every day, you also add in two slices of bread, an apple, or any piece of low-sugar fruit, one serving of cheese. And then, one-to-two times a week, you add in a starchy food like rice or pasta, and then you have one to two 'celebratory meals.' You can eat almost anything you want, including wine and dessert."

Last, the Stabilization phase in which, Glassman says, you "are supposed to be able to eat whatever you want, including things like mac and cheese and fried chicken. But you have to follow a few rules. Walk 20 minutes a day. Have three tablespoons of oat bran every day. And then, also, one time a week, go back to that attack phase of just eating all protein."